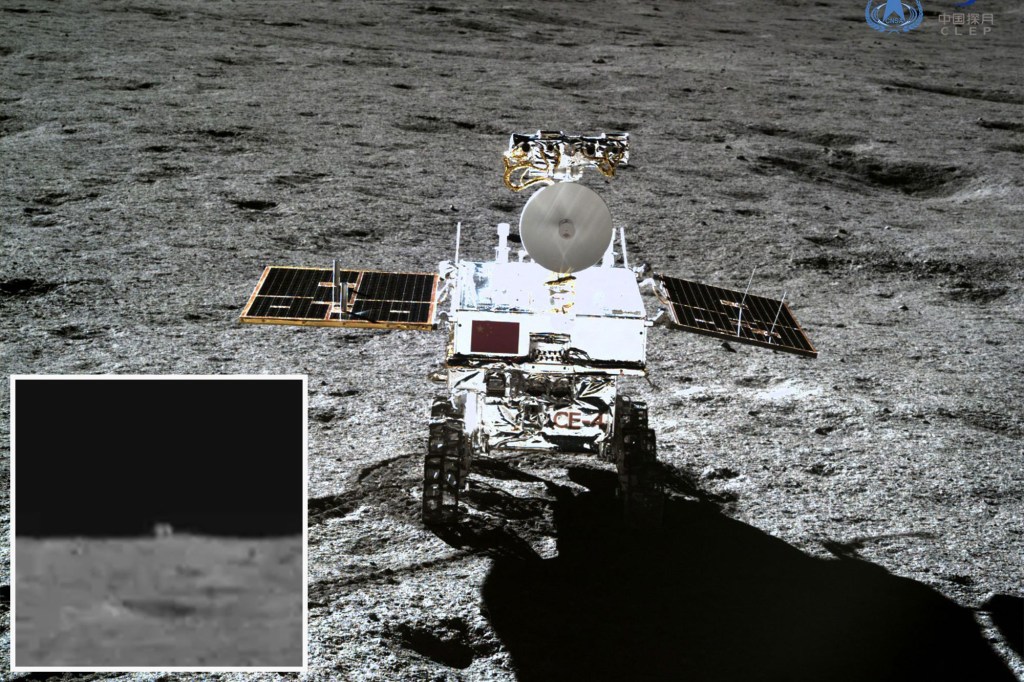 A Chinese lunar rover has been sent on a mission to investigate a mysterious cube-shaped object spotted on the dark side of the moon.

The strange white object appears oddly geometric against the stark black horizon in images and prompted scientists from China’s Change 4 mission to send its Yutu 2 rover on a 2-3 month journey to check out, according to Our Space.

The organization also joked that the object could be a home built by aliens following a crash landing in the Von Kármán crater in the South Pole-Aitken Basin where the rover has been navigating since January 2019.

There appears to be a small “baby” impact crater right beside the object.

Upon its discovery, scientists could not wait to send the rover to investigate further, a months-long endeavor besides only being about 262 feet away.

In July  2019, Yutu 2 made another unique discovery when it found a bizarre, colorful  “gel-like” substance ”with a mysterious luster.” The substance has not been explained.