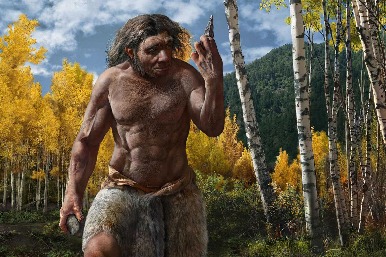 A well-preserved cranium, colloquially known as “dragon man” from China, has made headlines worldwide and been described as one of the world’s most groundbreaking, significant and exciting scientific discoveries, as global institutions review progress made in the past year.

Reportedly unearthed in 1933 when Harbin, the capital of Heilongjiang province, was under Japanese occupation, the skull was found when a bridge was being built over the Songhua River. To ensure its safekeeping, the man who found the fossil concealed it at the bottom of an abandoned well.

The cranium was not brought to light again until the third generation of the anonymous man’s family learned the secret before his death.

Findings that could lead to a rethinking of human evolution have been made since the skull was donated in 2018 to the Geoscience Museum of Hebei GEO University in Shijiazhuang, the capital of Hebei province.

This year, an international research team－of which Ji Qiang, a professor of paleontology at Hebei GEO University, was the leading scientist－has classified the cranium as belonging to a new species: Homo longi. They believe the fossil has provided crucial evidence for the study of the origin and evolution of Homo sapiens, the species to which all living humans belong.

The team’s findings were published in the journal The Innovation in June.

According to a media release from the university that month, comprehensive phylogenetic analysis by the team found that the Harbin skull and some other East Asian archaic human fossils belong to an evolutionary clade, or natural group, having the same last ancestor as Homo sapiens.

It is widely believed that the Neanderthals formed a sister group of the Homo sapiens lineage. However, Chris Stringer, a paleoanthropologist at the Natural History Museum in London, who also was a member of the team, said, “Our analysis suggests that the Harbin cranium and some other Middle Pleistocene human fossils from China form a third East Asian lineage, which is actually closer to H.sapiens than the Neanderthals are.”

CNN has listed “dragon man” as one of this year’s six “most groundbreaking discoveries in human prehistory that are shaping the family tree in fascinating and unexpected ways”.

The skull “could represent a completely new type of human”, it said.

The hope is to extract DNA or other genetic material from the fossil to find out more about it, particularly whether it may represent the Denisovans, an enigmatic human population, CNN reported.

The Public Library of Science, a United States-based nonprofit, open-access science, technology and medical publisher, named the findings about the skull as one of the top seven discoveries in human evolution in 2021, saying, “The story behind the discovery of this cranium is fascinating!”

Smithsonian magazine, the official journal published by the Smithsonian Institution, a renowned US museum and research complex, has listed the “dragon man” as one of the 10 most significant science stories of 2021.

“The backstory of the skull that scientists used to suggest there was a new species of later Pleistocene human－to join Homo sapiens and Neanderthals－garnered a lot of ink,” the magazine said.

It also said, however, that debate over whether the discovery of the “dragon man” warranted designation as a new species will likely continue until more fossils are discovered that help to fill in the gaps in the history of human evolution.

Ji, the lead scientist of the “dragon man” research team, said he hopes for more discoveries.

At a news conference held after the publication of his team’s studies, Ji said that although the number of human species became fewer, the populations became larger and larger. As a result, only one human species lives today.

“I am looking forward to hunting for new human fossils, especially the common ancestor of Homo longi and Homo sapiens in East Asia, and even more in China, so as to promote international research on the origin of Homo sapiens,” he said.