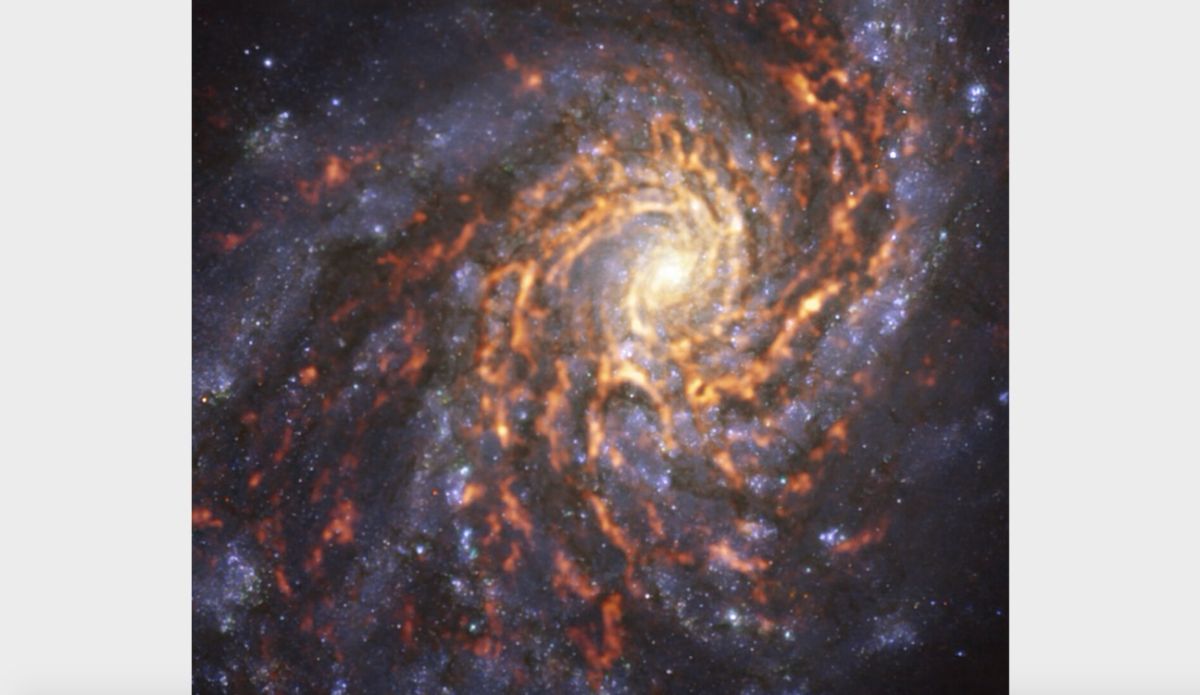 Although Charles Messier famously developed a catalog of celestial bodies in the 18th century that includes this galaxy, known formally as NGC 4254, NASA writes that another French astronomer by the name of Pierre Méchain was the one who discovered it, in 1781. But its more well-known observer is the one represented by the spiral galaxy’s popular moniker, Messier 99.

This object is located 55 million light-years away from Earth. According to NASA, it can be seen using a moderately sized telescope in the month of May. But the spiral galaxy got a high-definition treatment with robust observational tools located in South America. Messier 99’s well-defined arms resemble a pinwheel in a new image from the European Southern Observatory’s (ESO) PHANGS survey.

Short for Physics at High Angular resolution in Nearby Galaxies, PHANGS “produces high-resolution images of nearby galaxies across all wavelengths of light,” ESO officials write in an Oct. 24 image description (opens in new tab). “This will allow astronomers to learn more about the diverse range of galactic environments found in our universe.”

The orange color of Messier 99’s spiral arms in the photo, and the red at their edges, are ALMA data. These vibrant hues depict, according to ESO, “cold clouds of gas which can eventually collapse into stars.”

The purple and blue tones glittering in contrast are stars distributed throughout the galaxy. These cooler colors represent data from the VLT.

Messier 99 can offer astronomers more clues about how stars form in the universe. “Comparing these two datasets [ALMA and VLT] allows for a better understanding of how stars form,” ESO officials write.

This object has also been the subject of other missions, like the venerable Hubble Space Telescope. “This galaxy is called a grand-design spiral,” NASA officials wrote in 2017 (opens in new tab) when describing the Hubble observations, “with long, large and clearly defined spiral arms — giving it a structure somewhat similar to our home galaxy, the Milky Way.”