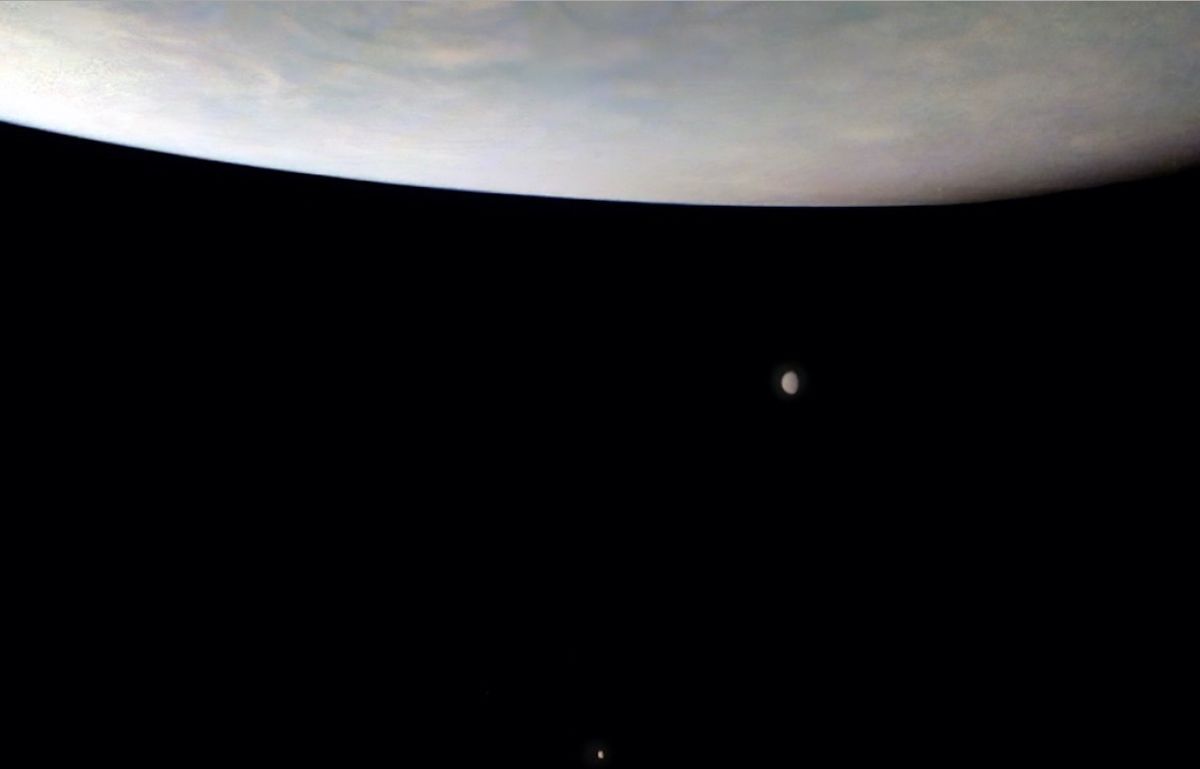 A flyby of Jupiter by NASA’s Juno spacecraft has delivered a stunning image of the gas giant’s cloud tops and the moons Callisto and Io.

The newly released image was taken by the spacecraft’s JunoCam just under a year ago, on Nov. 29, 2021, as the Jupiter-exploring Juno completed its 38th close flyby of our solar system’s largest planet.

The image shows the arc of Jupiter‘s horizon and the planet’s churning, rippling clouds, while also capturing the moons Io (above) and Callisto (below).

Juno recently made a flyby of another one of Jupiter’s four big Galilean moons, the ice-covered, ocean world of Europa, returning the first close-up images of the moon in more than 20 years. Juno also got up close to the fourth Galilean moon, Ganymede, in April 2021, delivering impressive images of the solar system’s largest moon during that flyby.

The close approaches don’t stop there. The Juno spacecraft — which launched in 2011 and arrived at Jupiter in 2016 — is next scheduled to make flybys of the violently volcanic world of Io in December 2023 and February 2024.