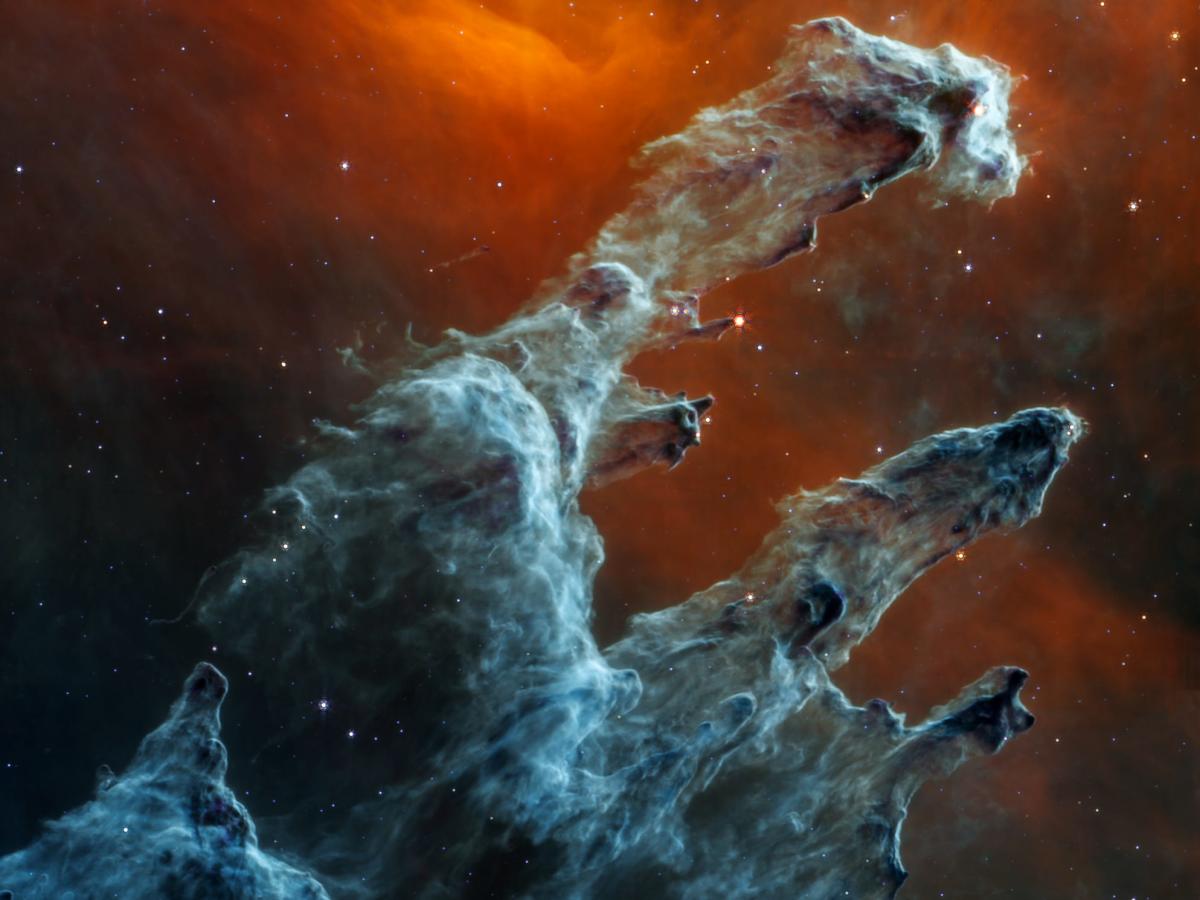 The James Webb Space Telescope released a new, mid-infrared view of the ‘Pillars of Creation’ on Friday, revealing two types of stars and giving researchers the chance to study the cosmic dust in the massive columns of gas.

The new photos included a cluster of stars from 5.6 billion light-years away. The light from the MACS0647-JD system is bent and magnified by the massive gravity of galaxy cluster MACS0647.

Earlier this month, the newest photos of the ‘Pillars of Creation’ were released, revealing a sky full of stars previously unseen by weaker telescopes.

A side-by-side comparison shows the additional detail revealed by the James Webb Space Telescope, compared with the Hubble Space Telescope’s image from 2014.

Cosmic dust in the sky created a ripple that looks like tree rings, visible around Wolf-Rayet 140, a binary star system.

Near-infrared light from Webb, and ultraviolet and visible light from Hubble, show “interacting” galaxies that are actually very far apart.