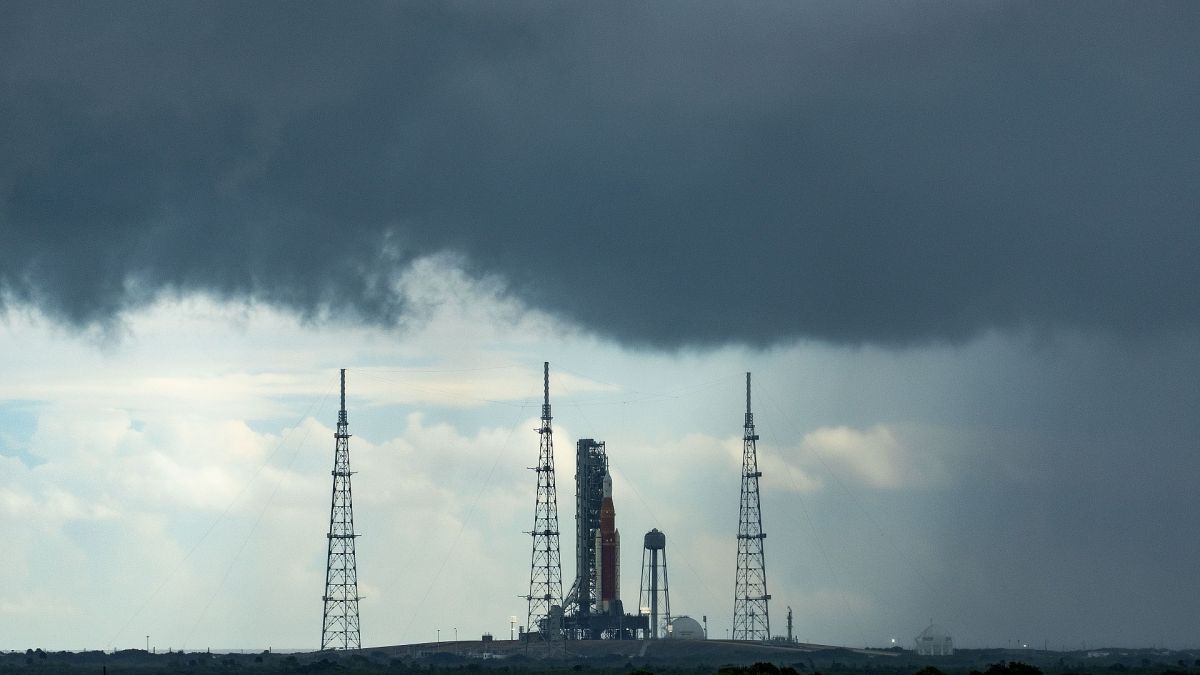 The storm made landfall just south of Cape Canaveral, home to NASA’s Kennedy Space Center (KSC), in the early morning hours on Thursday while it was still rated as a hurricane, according to the National Oceanic and Atmospheric Administration’s (NOAA) National Weather Service (NWS). NOAA radar imagery showed the storm producing sustained winds of 75 mph (opens in new tab) (120 km/h) when it reached the Florida coast around 3 a.m. (0800 GMT).

Satellite imagery shows the storm moving to the west-northwest at 14 mph (22 km/h), where it will move across Central Florida throughout Thursday (Nov. 10) morning and into the Gulf of Mexico. Despite the storm weakening as it made landfall, there is still a chance that high winds and flooding could damage or otherwise further delay the launch of NASA’s Artemis 1 moon rocket as it braces against the storm on Launch Pad 39B at KSC.

In terms of the heavy rainfall the storm is bringing, NASA writes in the statement that SLS “is designed to withstand heavy rains at the launch pad and the spacecraft hatches have been secured to prevent water intrusion.”

Livestreams of KSC (opens in new tab) courtesy of NASASpaceflight.com show Artemis 1’s Space Launch System (SLS) rocket sitting on the pad as heavy rains obscure it from view. The camera focused on the rocket can be seen shaking in high winds intermittently as Tropical Storm Nicole swirls overhead.

It’s not yet known if the storm will cause further delays of the launch of the highly anticipated launch of the Artemis 1 moon mission. NASA already delayed its launch to Wednesday (Nov. 16) to allow personnel to shelter from the storm. This is not the first time the launch has been delayed due to a storm; Hurricane Ian in late September forced NASA to roll SLS back to the Vehicle Assembly Building for shelter while critical repairs on glitching fueling valves were performed.

As the launch of Artemis 1 continues to be delayed, there are growing concerns that some of the SLS vehicle’s components could expire based on current NASA analyses of their lifespans. If the launch is pushed back past mid-December, the agency will have to conduct further reviews to determine if the vehicle’s boosters and other components remain launch-worthy.

When Artemis 1 launches, it will send the Orion spacecraft into orbit around the moon and deploy a tranche of cubesats carrying various scientific experiments. The mission is designed to gather data that will inform later Artemis missions that will see crews land near the lunar south pole and eventually establish a permanent human presence on our moon.