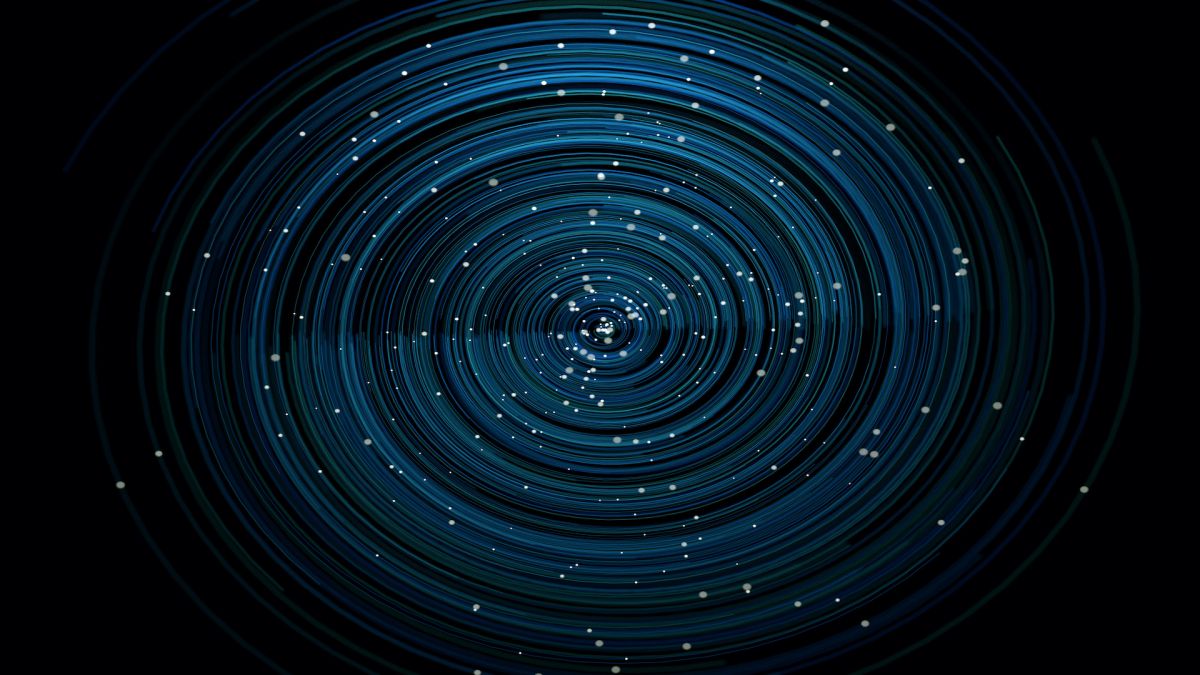 The universe may seem shapeless because it is so vast, but it does have a form that astronomers can observe. So, what is it shaped like?

Physicists think the universe is flat. Several lines of evidence point to this flat universe: light left over from the Big Bang, the rate of expansion of the universe at different locations, and the way the universe “looks” from different angles, experts told Live Science.

David Spergel (opens in new tab), a theoretical astrophysicist and emeritus professor of astrophysical sciences at Princeton University, has probed the shape of the universe for decades. In a 2003 study published in The Astrophysical Journal (opens in new tab), Spergel measured irregularities in the cosmic microwave background (CMB), light left over from the Big Bang, that were observed by NASA’s Wilkinson Microwave Anisotropy Probe (WMAP) and later by the European Space Agency’s Planck spacecraft.

The amounts of positive and negative energy in a flat universe are exactly the same, and therefore cancel each other out. If the universe had a curvature, one would be higher than the other. “A flat universe corresponds to a universe with zero energy,” Spergel told Live Science.

Related: How many atoms are in the observable universe?

In this case, the WMAP measurements of CMB fluctuations suggested the universe was both infinite and flat. Spergel also compared these measurements with those made by the European Space Agency’s Planck spacecraft, which further constrained the possible shapes the universe could take.

Another reason Spergel is positive the universe is flat is its rapid expansion, which is captured by the Hubble constant. Because the universe went from coming into existence as a compact ball of matter to expanding outward at remarkable speeds, all that stretching rendered it flat, or at least as close to flat as possible.

Evidence for the flatness of the universe also shows up in what’s known as the critical density. At the critical density, a hypothetical universe would be flat and would eventually stop expanding, but only after an infinite time, according to the Swinburne University of Technology (opens in new tab) in Australia. If a hypothetical universe were denser than this, it would be curved like a sphere and eventually collapse in on itself due to its gravity — a proposed phenomenon known as the “Big Crunch.”

But all measurements of our real universe suggest it is just below the critical density, meaning the universe is both flat and will expand indefinitely.

Yet another line of evidence suggests the universe is flat: It is isotropic, meaning it looks the same from every angle. Anton Chudaykin (opens in new tab), a physicist at the Institute for Nuclear Research in Russia, and colleagues looked at the data on oscillations in regular, or “baryonic,” matter, as well as models of how atomic nuclei heavier than hydrogen were created soon after the Big Bang, to estimate the curvature of the universe.

“In different geometries, matter and light evolve differently, which allows us to extract the three-dimensional shape of the universe from observation data,” Chudaykin told Live Science.

The research, published in the journal Physical Review D (opens in new tab), found that to within a 0.2% margin of accuracy, the universe was flat.”The data we gathered indicate that the spatial curvature is consistent with zero,” the researchers wrote in the study. “It implies that our universe within statistical uncertainty is infinite.”