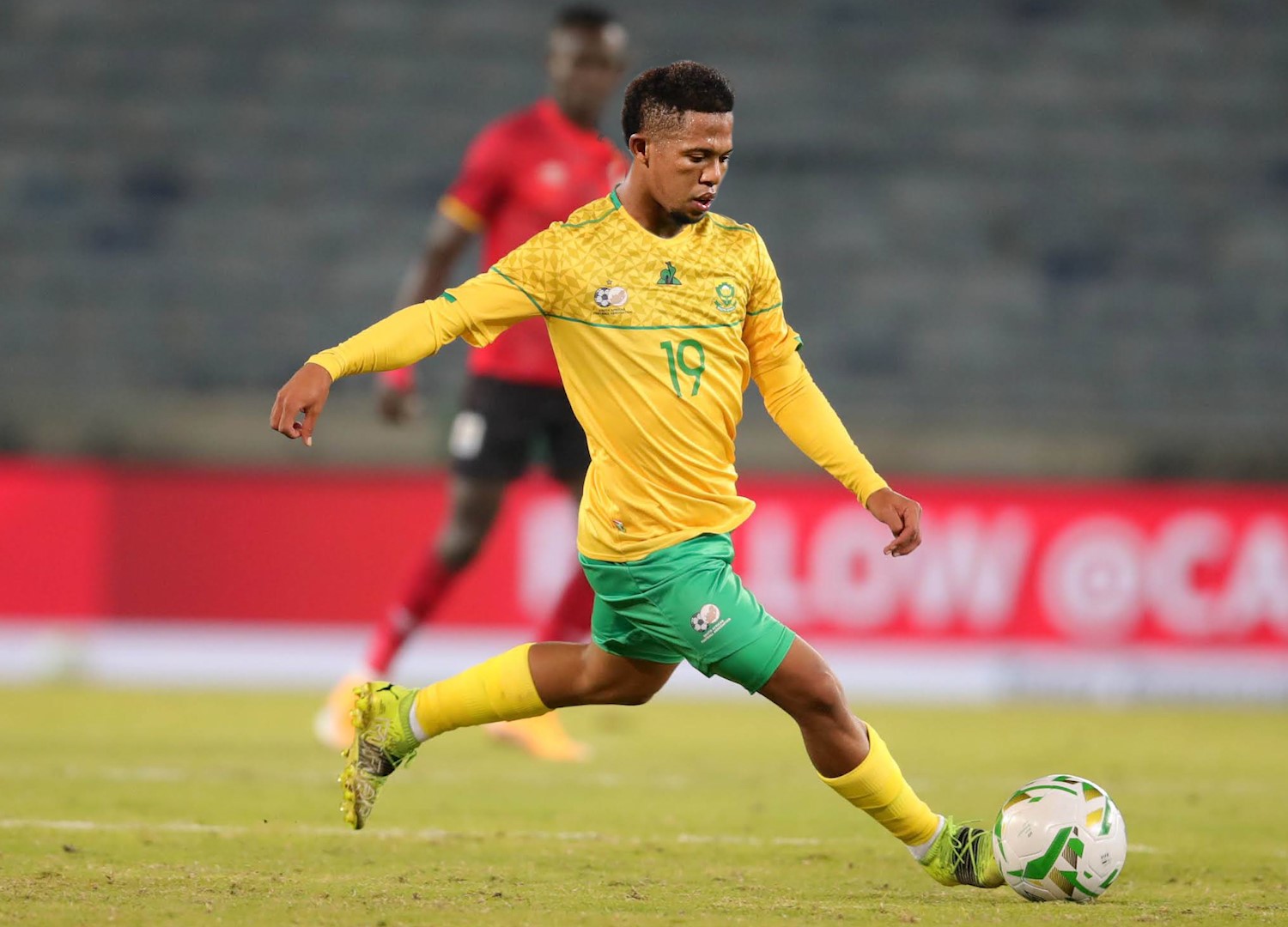 Jacques Nienaber is preparing the Springboks for a three-Test series against Wales in July with the long-term view of helping South Africa defend their title as world champions in 2023, but perhaps these national heroes can serve the Republic at another World Cup later this year.

There’s been talk that the Bok coach is contemplating selecting a team of local players for duty at some point on the year-end tour to Europe, and this presents a perfect opportunity for South Africa to harness the world championship experience of the Boks at the 2022 Fifa World Cup in Qatar in November.

Just imagine Makazole Mapimpi and Lukhanyo Am combining to conjure up some World Cup magic in Bafana colours!

Goalkeeper: Frans Steyn
He knows how to handle a beer and his footwork, big boot and poofy mane of hair could have him emerge as SA’s answer to Colombian great Rene Higuita.

Left back: Faf de Klerk
Packed into a South African-flag Speedo, Faf’s unexpected physicality and box-to-box work rate makes him a potential gamechanger on attack and defence, though the forwards may tire of his insistence to make every pass hang for at least three seconds.

Central defenders: Duane Vermeulen and Eben Etzebeth
The grizzly hard men cut imposing figures at the back while enforcing the offsides line, Eben dominant in the air and Duane shredding shins in close quarters. Within minutes of winning the final, Etzebeth releases a mini documentary called ‘Bending Them Like Bakkies’.

Right back: Siya Kolisi (c)
A charismatic leader, Siya offers an electric turn of pace and strength on the ball. Having gleaned most of his football knowledge from Scarra Ntubeni, the skipper is primed to lock down the right side of the field and lead all celebrations at the corner flag.

Left midfielder: Elton Jantjies
A mercurial talent with an unnerving left boot, Elton’s pin-point passing will keep South Africa on the ball. Doubles up as the dead-ball specialist.

Central midfielder: Damian de Allende
A massive Liverpool fan, Doogz marries sublime tekkers with knee-high, double-footed challenges. Has been known to slide in for a tackle from distances of up to 15 metres on a wet surface.

Attacking midfielder: Lukhanyo Am
World-class vision and anticipation means that the game moves so slowly for Lukhanyo, he is prone to dozing off. When awake, the slick midfielder orchestrates the attack, feeding his strikers with trademark no-look through-balls.

Right midfielder: Cheslin Kolbe
A false nine widely hailed for being able to step any defender in a phone booth, ‘the Lionel Messi of rugby’ runs rings around tacklers. Scrumcap interferes with his ability to head the ball effectively.

Strikers: Makazole Mapimpi and Handre Pollard
Lightning-quick and good in the air, Makazole is a lethal finisher adept at getting on the end of Lukhanyo’s passes to routinely rocket a screamer into the back of the net. He is ably supported by Handre, the dedicated penalty-taker, who is more likely to dribble the keeper than pass to a teammate.