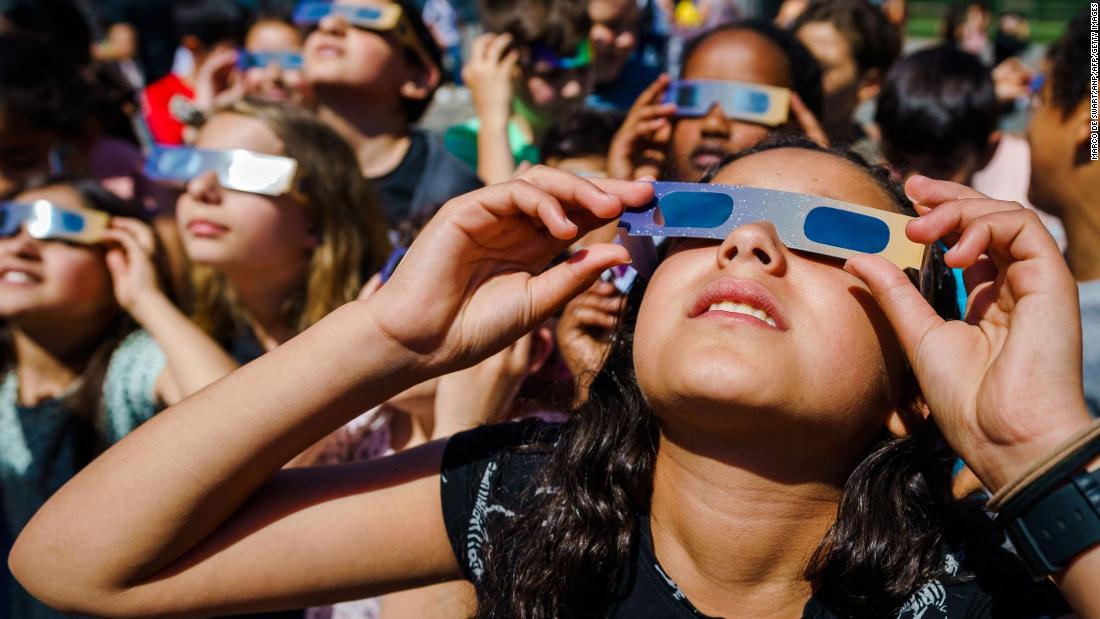 A solar eclipse occurs when the moon moves between the sun and the earth, blocking part of the sun’s light from our view and casting its own shadow on the Earth.

The eclipse will be visible in Chile, Argentina, most of Uruguay, western Paraguay, southwestern Bolivia, southeastern Peru, and a small area of southwestern Brazil, according to NASA, as well as the northwestern coastline of Antarctica and parts of the Atlantic, South Pacific, and Southern oceans.

If you happen to be in one of the areas where the eclipse is visible, be careful. NASA advises that onlookers wear solar viewing or eclipse glasses — which offer more eye protection than standard sunglasses — to look at the eclipse.

And if you’re not in the path of the eclipse, you can still check out the astronomical marvel online. Timeanddate.com will be live streaming the eclipse from its start at around 2:45 p.m. EDT to its end at 6:37 p.m. EDT.
There will be another partial solar eclipse in October, says NASA. The next eclipse will be visible in Europe, northeast Africa, the Middle East, and western Asia.
Share
Facebook
Twitter
Pinterest
WhatsApp
Previous articleDo You Want a Long Healthy Lifespan? The Characteristics of a “Longevity Diet”
Next articleNew York Jets’ brass downplays unfamiliar praise for NFL draft class
RELATED ARTICLES
Science