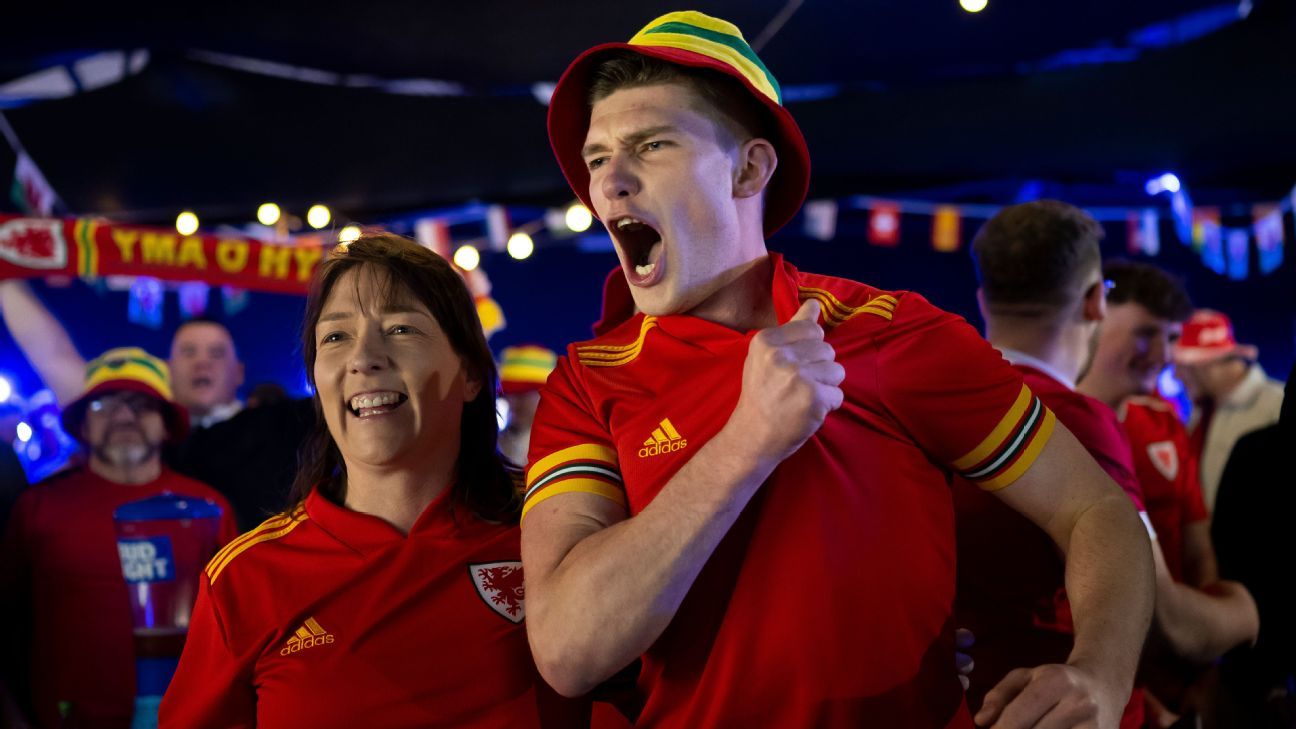 In its last two World Cup appearances, the U.S. advanced to the round of 16. However, a group featuring multiple UEFA sides might not bode well for the U.S. The USMNT has won just three of 21 World Cup matches against European competition.

That has not dulled the confidence of USMNT manager Gregg Berhalter.

“What I do believe is that on our best day we can beat anyone in the world,” he told ESPN’s Sam Borden. “Anyone.”

Here are the best moments as the USMNT and Wales face off in Group B action:

Berhalter goes to his bench and makes four substitutes in quick succession in hopes of grabbing the momentum back from Wales.

On comes Brendan Aaronson for Weston McKennie, who can provide a needed spark in the midfield. DeAndre Yedlin, the veteran from the 2014 World Cup, comes on for Sergino Dest. Haji Wright — a surprise inclusion to the squad — comes in for Josh Sargent up top. Will the change in striker provide that second goal?

Yunus Musah also comes off after he appeared to be cramping, and he is replaced by Kellyn Acosta to help settle the midfield.

A bit of an injury worry there as Christian Pulisic goes down hard after a foul and briefly walks off the field before returning.

Are you not entertained?

The game has come to life as Wales had a couple big chances with half hour left to play.

Matt Turner makes a big save in the 64th minute as he stretches out and puts his palm on Ben Davies’ header and knocks it over the bar.

On the subsequent corner kick, Keffer Moore’s header has everyone beat but also just misses the goal.

Second half kicks off and no changes to either sides’ lineup. But you can already see a change in intensity from the Wales side. An early corner kick saw USMNT keeper Matt Turner come off his line to punch out the ball for his first real taste of action in the game.

Tim Ream picked up a yellow card after holding back Gareth Bale and keeping Wales from pressing on a counter-attack. It was an unfortunate but savvy foul by the veteran Ream to keep Bale from potentially racing forward.

Thoughts at the half: Weah the difference as yellow cards fly

The USMNT have had their foot on the gas pedal throughout the first half. Tim Weah’s goal is the difference against a Wales side that has yet to have a clear attacking chance in the first 45 minutes.

Weah nearly had the U.S. up in the first 10 minutes when his cross into the box bounced off a Wales defender that came close to being an own-goal, if not for the clutch save by keeper Wayne Hennessey. But Weah made no question about it in the 36th minute with his finish, giving the USMNT their first World Cup goal in eight years.

Tim Weah is the first USMNT player born in the 2000s to score at the World Cup 🤩 pic.twitter.com/Z8qRfRmSRA

Both managers will now to be careful as several key players were booked with yellow cards. With Sergino Dest and Weston McKennie now each with a yellow, expect Gregg Berhalter to sub them out at the some point in the second. Could wee Brendan Aaronson or Giovanni Reyna come in after the break?

As for Wales, two late bookings for Gareth Bale and Chris Mepham may have Rob Page looking at his bench.

Tim Weah gets USMNT on the board by streaking past Wales keeper Wayne Hennessey after latching on to a beautiful throughball from Christian Pulisic down the middle of the pitch.

THE @USMNT TAKES THE LEAD 🇺🇸🇺🇸🇺🇸

The son of AC Milan legend and Liberia president George Weah, the Lille winger has had the USMNT knocking on the door throughout the first half.

Fans out in force

Sparse attendance is becoming an emerging issue at the World Cup, with some fans even having trouble just getting access to the venues. But supporters for both these sides are making their presence felt.

The Eagle has landed (with the help of Wonder Woman) in Qatar.

Amazing scenes as the Wales fans in the stands belted out a stirring rendition of their national anthem.

Along with the youngest USMNT World Cup captain ever in Tyler Adams, we’ve have the youngest lineup ever for the squad at the tournament, averaging at just over 25 years old. Yunus Musah, who played for England’s youth teams before switching to the U.S., is the youngest at 19 years old.

The oldest for the squad? Tim Ream, who at 35 years old, hasn’t made start for the U.S. in over a year. The Fulham defender will be the steady veteran presence in the backfield. DeAndre Yedlin, 29, is the lone holdover from the 2014 team.

The starting XI for the USMNT is out — their first since losing to Belgium at the 2014 World Cup in the Round of 16. Since then, the USMNT has seen the emergence of so many new faces and exciting new talent, led by Christian Pulisic.

Tyler Adams wears the captain’s armband for the USMNT (the youngest ever at a World Cup to don it at 23 years old). A surprise start for Joshua Sargent up top as striker, and we’ll see how much Weston McKennie and Sergino Dest can contribute as they’ve been hampered by injuries.

If you think it’s been awhile since the USMNT played in a World Cup, Wales hasn’t been to the big show since 1958. There are several star playmakers to keep an eye on, obviously starting with captain Gareth Bale. Others to note will be Daniel James and Aaron Ramsey, both with plenty of big game experience.

Let’s hear it for the home team

Family members of every player sent their well wishes to the USMNT ahead of its first match of group play.

24 hours from the biggest moment of their lives, the families of all 26 #USMNT players send a heartfelt ‘good luck’ from back home ❤️💙🇺🇸 pic.twitter.com/sh8fLRQtsP