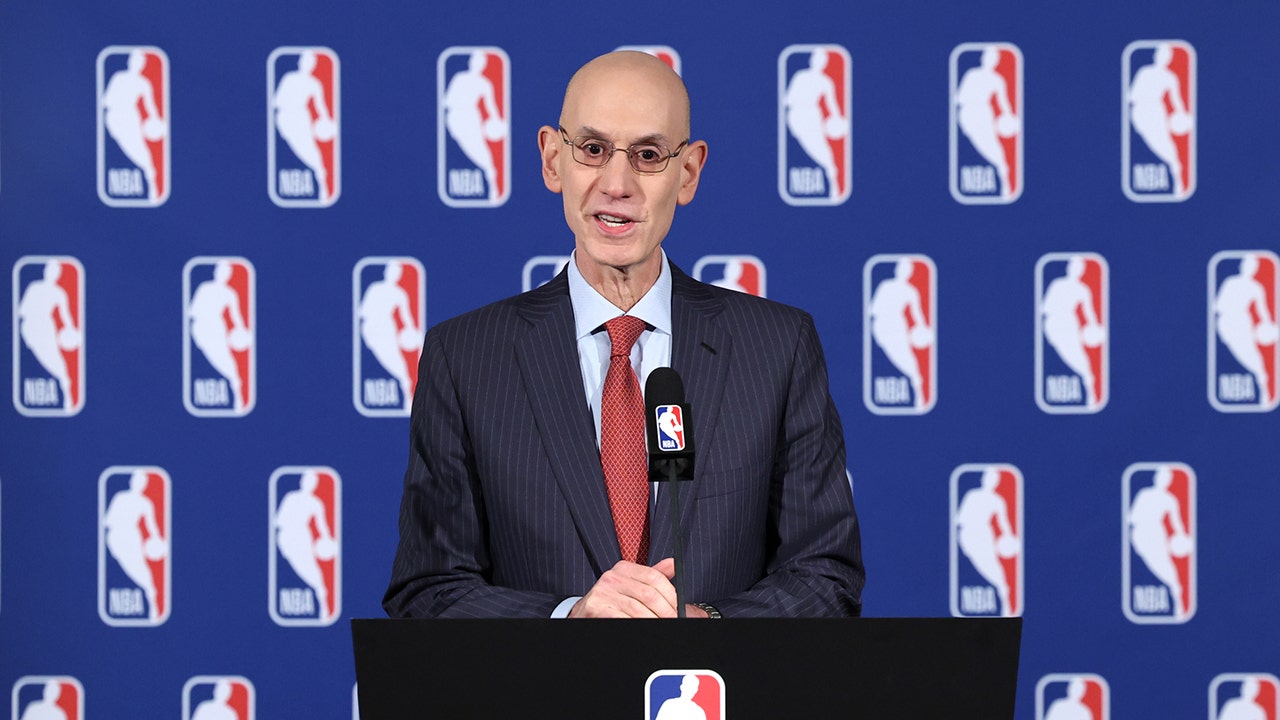 NBA commissioner Adam Silver and Brooklyn Nets star point guard Kyrie Irving had a “direct and candid conversation” earlier this week, and he came out with the impression that Irving “no doubt” is not antisemitic.

“He’s someone I’ve known for a decade, and I’ve never heard an antisemitic word from him or, frankly, hate directed at any group,” Silver, who is Jewish, told The New York Times.

“Whether or not he is antisemitic is not relevant to the damage caused by the posting of hateful content.”

Irving received tons of backlash for posting the link to an Amazon documentary that contained antisemitic disinformation, which included the Nets suspending him at least five games and having him complete a six-step process before being considered for reinstatement.

Brooklyn Nets’ Kyrie Irving reacts after hitting a basket against the Cleveland Cavaliers during the first half of the opening basketball game of the NBA play-in tournament Tuesday, April 12, 2022, in New York.
(AP Photo/Seth Wenig)

Nike co-founder Phil Knight also announced on Thursday that his company will no longer be working with Irving, and it’s probably done for good. Irving’s signature shoe line has been produced by Nike for years.

The Nets did not initially suspend Irving, allowing him to attempt an apology during a media availability. However, he did not publicly apologize, waiting instead to post a lengthy apology to his Instagram.

KYRIE IRVING IS MOST HATED PLAYER IN THE NBA, NEW DATA SHOWS

Some believe that the Nets are going overboard now with their six-step program – LeBron James said Thursday that he believes Irving’s apology should be acceptable, and the Nets should allow him to play again – but Silver said the scrutiny delay of punishment “may be fair.”

Kyrie Irving #11 of the Brooklyn Nets looks on during Round 1 Game 4 of the 2022 NBA Playoffs on April 25, 2022, at Barclays Center in Brooklyn, New York.
(Nathaniel S. Butler/NBAE via Getty Images)

As for the league itself, Silver said they were doing “a bit of work and research” on the link Irving posted before proceeding with any discipline or announcement.

“Once we did that investigation, it was clear to me that this was indeed hate speech and we, together with the Brooklyn Nets, did respond,” Silver said.

The Athletic revealed the steps Irving must undergo via the Nets’ directive before returning:

NBA Commissioner Adam Silver speaks to the media after the Board of Governors meetings on April 6, 2022, at the St. Regis Hotel in New York City.
(David Dow/NBAE via Getty Images)

“We’re going to give him some time,” Nets general manager Sean Marks said Friday. “It’s up to him. Again, his actions will speak louder than words, and if he wants to participate in that, we’ll see where it goes.”

Scott Thompson is a sports writer for Fox News Digital.