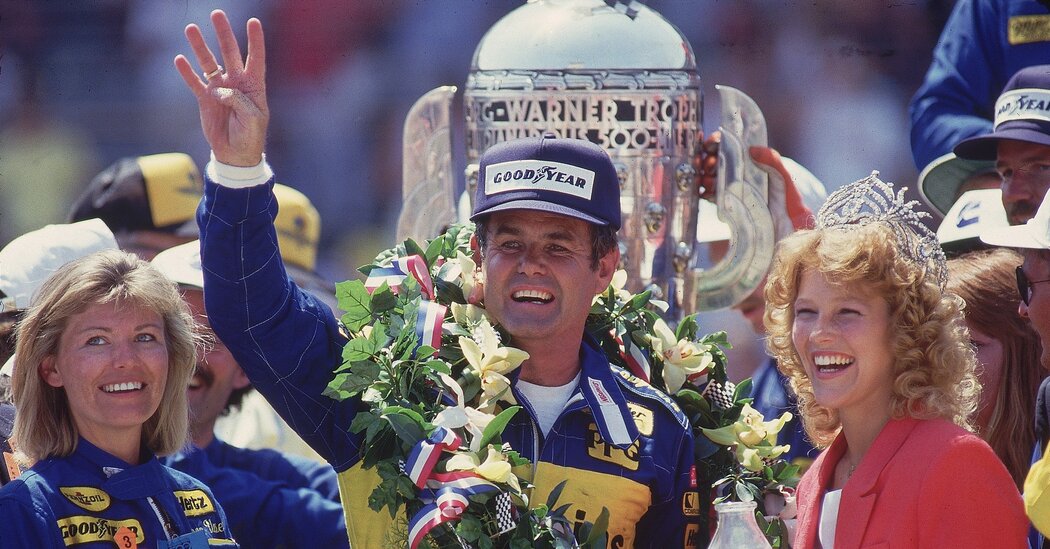 Al Unser Sr., one of only four drivers to win the Indianapolis 500 four times and a stalwart of one of auto racing’s most accomplished families, died on Thursday at his home in Chama, N.M. He was 82.

The Indianapolis Motor Speedway announced the death and said Unser had had cancer for the past 17 years.

Quiet, at times gruff, Unser was considered one of the smartest drivers on the track, a man with endless reservoirs of patience and a savvy sense for when to hold back and when to barrel ahead.

“The way I assess a great driver is someone who you have to deal with, race in and race out, and Al is one of those,” Mario Andretti, who raced against Unser for decades, said in an interview.

In all, more than a dozen members of the Unser family have worked in auto racing, including Al Unser’s older brothers, Jerry and Bobby. Bobby Unser, who himself won the Indianapolis 500 three times, called the 1987 race, which Al won, for a national television audience.

Unser was 47 at the time and already considered over the hill for an elite driver, and he wasn’t even supposed to compete. His team, sponsored by Penske, had left him out of its three-car lineup. But after one of those drivers, Danny Ongais, injured himself, Unser was called up.

For most of the race, he trailed Andretti and another driver, Roberto Guerrero. But late in the race a fuel meter in Andretti’s car malfunctioned, forcing him to slow down, and Guerrero’s car stalled coming out of the pit. Unser pulled into the lead and came in first, making him the oldest driver to win the premier auto race in the United States.

His son, Al Unser Jr., finished fourth that year and would himself go on to become one of the world’s premier drivers, twice winning the Indianapolis 500. Father and son shared the track several times, and the elder Unser assumed the nickname Big Al after his son, nicknamed Little Al, established himself in racing.

The Unsers’ competitive relationship came into national focus in 1985, when they were both considered favorites to win that year’s series of races sanctioned by Championship Auto Racing Teams. If he were to win, Unser Sr. would be the oldest driver to capture the season; Unser Jr. would be the youngest.

At the Beatrice Indy Challenge in 1985, which its promoters called “one of the most dramatic showdowns in sports history,” Unser Sr. pulled up next to his son toward the end of the race. They briefly looked directly at each other and gave each other a wave before the elder Unser pulled ahead and won the race, The Associated Press reported.

“I’ve really got mixed emotions,” he said after the race. “I’d like to have seen Al win. Championships are hard to come by.”

He beat his son for the season title by one point.

Alfred Unser was born in Albuquerque on May 29, 1939, to Jerry and Mary Unser. His father, who owned a gas station, was an occasional racer and car builder who set him and his brothers on the path to racing royalty.

The family got its start racing in the Pikes Peak International Hill Climb, a grueling uphill race in Colorado. Al himself took part in it twice, early in his career.

His brother Bobby said in 2009 that he and Al did not fight and were “the closest of friends.”

Al Unser passed on his love of racing to his son, helping the younger Al with a kart he began racing when he was 9. But he also insisted that his son stay out of competitive racing until he graduated from high school, something Al Unser Sr. hadn’t done.

Unser was at least the third member of the family to die this year. Bobby died in May at 87, and his son Bobby Unser Jr. died in June at 65.

Unser is survived by his son and his wife, Susan. Two daughters, Mary and Deborah, died before him.

During his career he also raced NASCAR and sprint cars and on dirt tracks. That versatility gave him an unmatched confidence among his peers.

“His quiet and humble approach outside of the car, combined with his fierce competitive spirit and fearless talent behind the wheel, made Al a fan favorite,” J. Douglas Boles, president of the Indianapolis Motor Speedway, said in a statement.

Unser’s total of four wins at the Indianapolis 500 is a record shared by A.J. Foyt, Rick Mears and Helio Castroneves, who won this year’s race. And he is the only driver to win Indy Car’s triple crown — 500-mile races at Indianapolis, the Poconos and Ontario, Calif. — in a single season.

Unser retired in 1994. He lived in Albuquerque and in Chama, a small mountain town in the northwestern corner of New Mexico.

The Unser family is rivaled only by the Andrettis for its dynastic claim over American motor sports — a fact that didn’t keep Unser and Andretti from becoming close, if still competitive, friends off the track.

“We all became one big family after a while,” Andretti said.