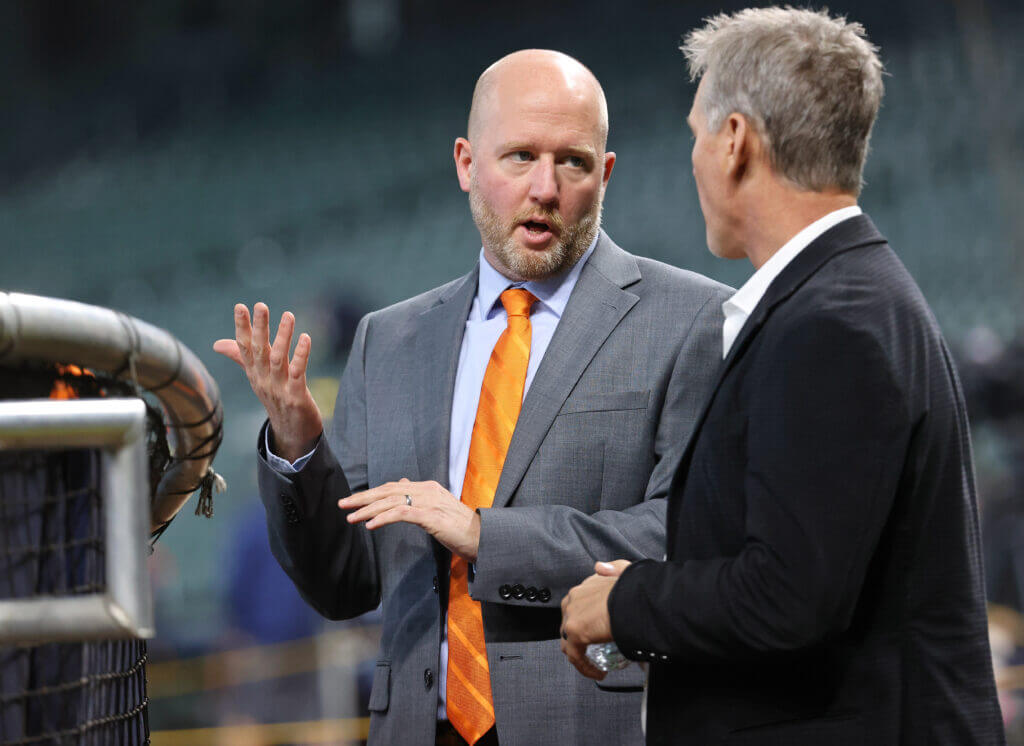 The Houston Astros and general manager James Click have parted ways, the team announced Friday. They also fired assistant general manager Scott Powers, according to ESPN. Here’s what you need to know:

Astros owner Jim Crane hired Click in Jan. 2020 to stabilize the Astros in the wake of the sign-stealing scandal. Click did just that, compiling the most regular-season victories in the American League during his three-year tenure, capping off an 11-2 postseason with the 2022 World Series title.

After Friday’s announcement, Crane thanked Click for this contributions to the team.

“We are grateful for all of James’ contributions,” Crane said. “We have had great success in each of his three seasons, and James has been an important part of that success. I want to personally thank him and wish him and his family well moving forward.”

The Astros also fired assistant general manager Scott Powers, according to a source familiar with the decision. Powers was a former executive with the Dodgers who was brought on by Click in January.

The uncertainty surrounding Click was the talk of the executive class at this week’s GM Meetings in Las Vegas. Rival executives were appalled that Crane only extended Click a one-year offer despite the team’s success.

On the surface, running the Astros looks like one of the game’s premier positions. But Crane’s unwillingness to reward an employee like Click — who inherited an excellent group from fired predecessor Jeff Luhnow, kept the core intact and build a dynamic bullpen in 2022 — was well-noted by other executives. It will be interesting to see how the subsequent search for a new general manager goes. The Astros have already lost important staffers Pete Putila and Oz Ocampo this winter. — McCullough

Who will Crane hire next?

There will be speculation about Crane attempting to hire David Stearns, the former Luhnow lieutenant who left to run Milwaukee’s baseball operations department. Stearns stepped down from that position earlier this winter, citing burnout. He is under contract with the Brewers through 2023.— McCullough

As for Click, he may not immediately segue into another assignment as a general manager. But he was a well-regarded figure even before taking over in Houston. His former colleagues from Tampa Bay currently run the Dodgers, Red Sox and Brewers — in addition to the Rays. Click could spend time in advisory role before running another club, as Alex Anthopoulos did for the Dodgers in between his time in Toronto and Atlanta. — McCullough