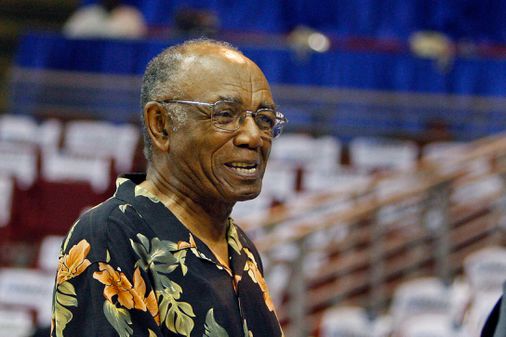 Jones was a member of the NBA’s 25th and 50th anniversary teams, and this year was named one of the top 75 players all-time. The Celtics spokesperson said Jones died of natural causes.

“Another one of my dear friends lost,” former Celtics great Cedric Maxwell posted on Twitter on Friday. “Well, the banks are open in heaven this NYE. RIP to fellow NC native, a legendary player, a 10x champion with our Celtics, and a wonderful person.”

Celtics coach Ime Udoka said that even though Jones’s playing days were before his time, Jones’s enduring marks on the game and this franchise are clear.

“When you look at the numbers and the career, when you see the second-most championships in the NBA behind Bill Russell, obviously that’s what stands out first,” Udoka said. “He was part of eight of those championships with K.C. Jones as well. So you really dig in and see the impact he had here, obviously. But you don’t know about the others as much as some of the main guys that are out in the forefront, and 10 championships, multiple All-Star Games, you look at his numbers and what he did, it’s obviously a big loss in the community here.”

In a statement, the Celtics called Jones “one of the most talented, versatile, and clutch shooters for the most successful and dominant teams in NBA history.

“His scoring ability was so prolific, and his form so pure, that he earned the simple nickname, ‘The Shooter.’”

The team said the Jones’ family is in their thoughts “as we mourn his loss and fondly remember the life and career of one of the greatest champions in American sports.”