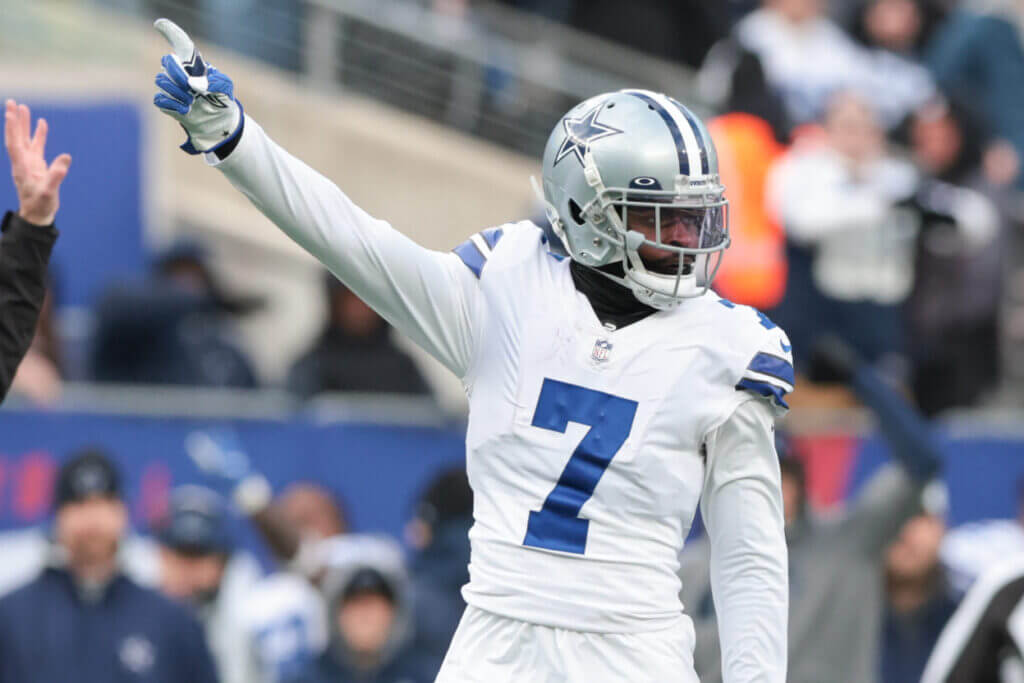 Austin Mock has updated projections to make the playoffs entering Week 16, The Athletic has clinching scenarios for Week 16, and here’s how the overall NFL playoff picture looks entering Sunday:

Kansas City is two games ahead of the Chargers in the AFC West, and their divisional record (4-1) is superior to the Chargers’ (2-2). Kansas City is peaking at the right time and has plenty of playoff experience on its roster. Even if these Chiefs aren’t as dominant as past Kansas City teams, they’re playing in a conference without a clear-cut front-runner.

Remaining schedule: vs. PIT, at CIN, at DEN

Tennessee had lost three of its previous four games before a big home win against San Francisco on Thursday night. That victory was a huge boost to the Titans’ playoff standing, and they sit at No. 2 in the AFC. Closing out the season against the Texans in Houston should give the Titans at least one more win, but they lost to the Texans earlier this season.

Remaining schedule: vs. MIA, at HOU

The Patriots lead the Bills by one game in the AFC East standings, with the two teams playing in Foxborough on Sunday. Both have a 3-1 record in the division. If the Patriots drop into a wild-card spot, their current 7-2 record against AFC teams should help their seeding.

Remaining schedule: vs. BUF, vs. JAX, at MIA

Indy has won eight of its past 10, with its only losses in that stretch coming in one-score games. Losing twice to the Titans (10-5) essentially puts the Colts two games back in the AFC South standings because Tennessee holds the head-to-head tiebreaker.

The Colts may have a hard time overtaking Tennessee for the NFC South crown, but their 22-16 win Saturday night at Arizona put them a notch above the rest of the wild-card contenders.

Remaining schedule: vs. LV, at JAX

A 15-10 win in Denver put the Bengals atop the AFC North standings over the Ravens, who lost by one point to the Packers after a failed two-point conversion in the final moments. Now the Bengals and Baltimore go head-to-head. Both are 8-6, and Cincinnati has the edge in the standings because of a head-to-head win in Week 7. Every team in the AFC North has seven or eight wins.

Remaining schedule: vs. BAL, vs. KC, at CLE

The Chargers are unlikely to win the AFC West after their Dec. 16 loss to the Chiefs, but they have one of the NFL’s easiest remaining schedules. All of their remaining games are against AFC teams, giving them a chance to bolster their 5-4 conference record.

Remaining schedule: at HOU, vs. DEN, at LV

Buffalo edges Baltimore for the final playoff spot because it has a better record in common games. The Bills would prefer not to worry about such tiebreakers, and they can avoid them by winning the AFC East. To do so, they’ll need to beat the Patriots on the road Sunday. A Bills victory would move both teams to 9-6 and give Buffalo the better divisional record. Both are currently 3-1 against the AFC East.

Remaining schedule: at NE, vs. ATL, vs. NYJ

Every AFC North team still has two divisional games left. The Steelers host the Browns and play the Ravens in Baltimore. The Browns finish their season at home against the Bengals. The Ravens travel to Cincinnati in Week 16 and host the Steelers in Week 18. With its loss Saturday at Green Bay, Cleveland will be eliminated if the Bills, Chargers, Colts, Raiders, Ravens and Steelers win in Week 16.

Green Bay’s Week 15 win against the Lamar Jackson-less Ravens in Baltimore clinched the NFC North, making the Packers the first team to lock up a playoff spot. With their 24-22 win against Cleveland on Saturday, they have a 1 1/2-game lead over every other team in the hunt for the NFC’s No. 1 seed. And their 8-2 record in conference games is second best in the NFC, behind only the Cowboys (8-1).

Remaining schedule: vs. MIN, at DET

On Thursday night, Dallas became the second NFL team to qualify for a playoff berth by virtue of San Francisco’s loss at Tennessee. The Cowboys can win the NFC East by beating Washington on Sunday night.

The Cowboys’ 8-1 conference record gives them a chance to overtake the Packers for the No. 1 seed if Dallas wins out and Green Bay drops one game, which would leave the teams with identical 17-game records. Even if that can’t happen, a Week 17 home win against the Cardinals could be critical in determining playoff seeding.

Remaining schedule: vs. WFT, vs. AZ, at PHI

Remaining schedule: at CAR, at NYJ, vs. CAR

Timing isn’t everything, but Los Angeles’ three-game win streak happens to be coinciding with a season-worst streak by the Cardinals. As a result, the Rams are a half-game ahead of Arizona entering their game today at Minnesota.

Arizona does have a better record in divisional games — 4-1 for the Cardinals, compared with 3-2 for the Rams.

Remaining schedule: at MIN, at BAL, vs. SF

This is not the time for a three-game losing streak, but that’s where the Cardinals are after dropping a Christmas Day game to the Colts, 22-16. They also dropped out of the NFC West lead.

Even with the bad trends facing the Cardinals, they could finish the weekend in the playoff field if any of Minnesota, Philadelphia or New Orleans loses or ties.

Remaining schedule: at DAL, vs. SEA

San Francisco looked like it had the potential to catch the Rams or Cardinals, but a three-point loss at Tennessee leaves the Niners more likely fighting for the final wild-card spot. It helps that they draw the lowly Texans at home in Week 17. The Week 18 game at the Rams should have big stakes, too.

Remaining schedule: vs. HOU, at LAR

A 17-9 win at Chicago on Monday put the Vikings in position for the seventh and final NFC playoff spot for now. They still need to be wary of Philadelphia, Washington and New Orleans. The Vikings have the edge on the Saints because of a better conference record.

Remaining schedule: vs. LAR, at GB, vs. CHI

Philadelphia, with its remarkable running game, has made itself a factor by winning four of its past five games. The Eagles play each of their NFC East rivals to close out the regular season.

Get all-access to exclusive stories.

Subscribe to The Athletic for ad-free, in-depth coverage of your favorite players, teams, leagues and clubs. Try a week on us.