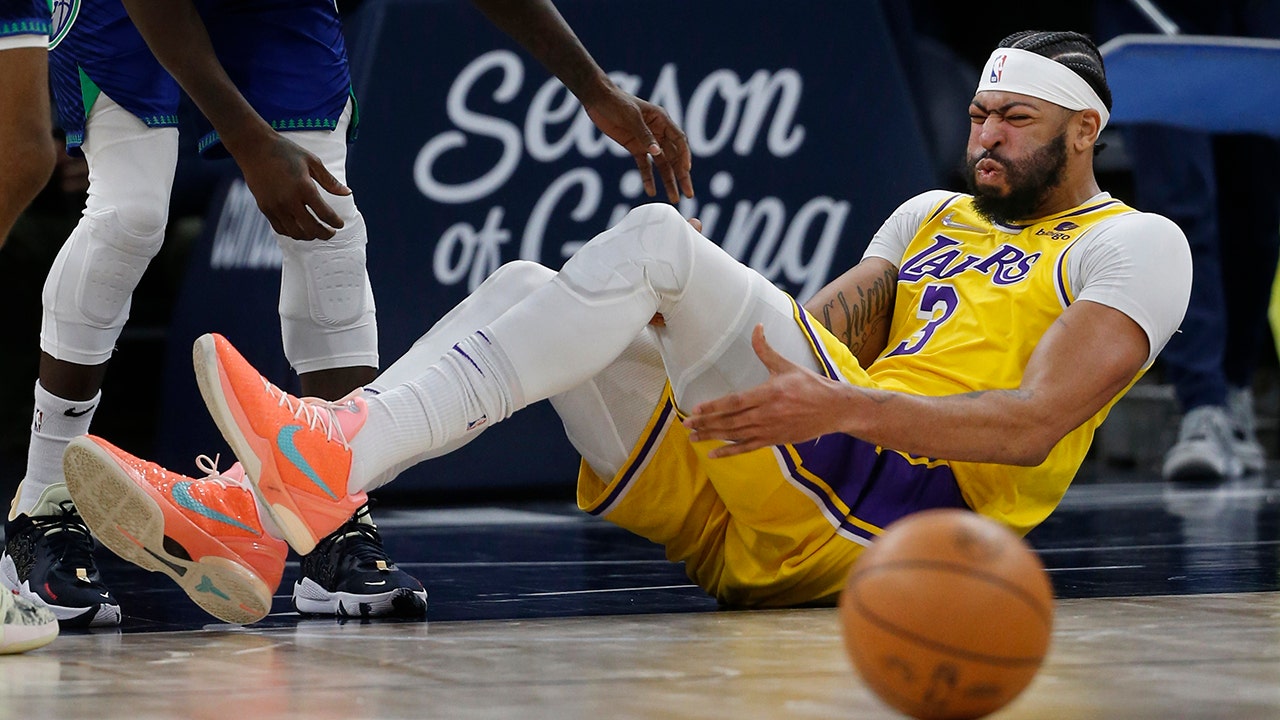 Los Angeles Lakers center Anthony Davis suffered a knee injury during the team’s loss to the Minnesota Timberwolves and collapsed on his way to the locker room.

Davis suffered a left knee bruise in the third quarter of the game. He missed two games last week with left knee soreness. He also hurt his ankle in the first quarter but returned from that. Cameras showed Davis falling to the ground with trainers trying to help him.

He finished with nine points and one rebound in 20 minutes.

Davis is reportedly set to undergo an MRI on Saturday. A source told ESPN that everything looked good as far as structural concerns to Davis’ knee.

“So far all is in good structure, but want to take another image,” the source told the outlet.

Los Angeles Lakers forward Anthony Davis (3) holds his leg after falling in the third quarter of a game against the Minnesota Timberwolves Friday, Dec. 17, 2021, in Minneapolis. The Timberwolves won 110-92.
(AP Photo/Bruce Kluckhohn)

LeBron James told reporters he asked Davis about his knee, and he said he’d find out tomorrow.

The Associated Press contributed to this report.