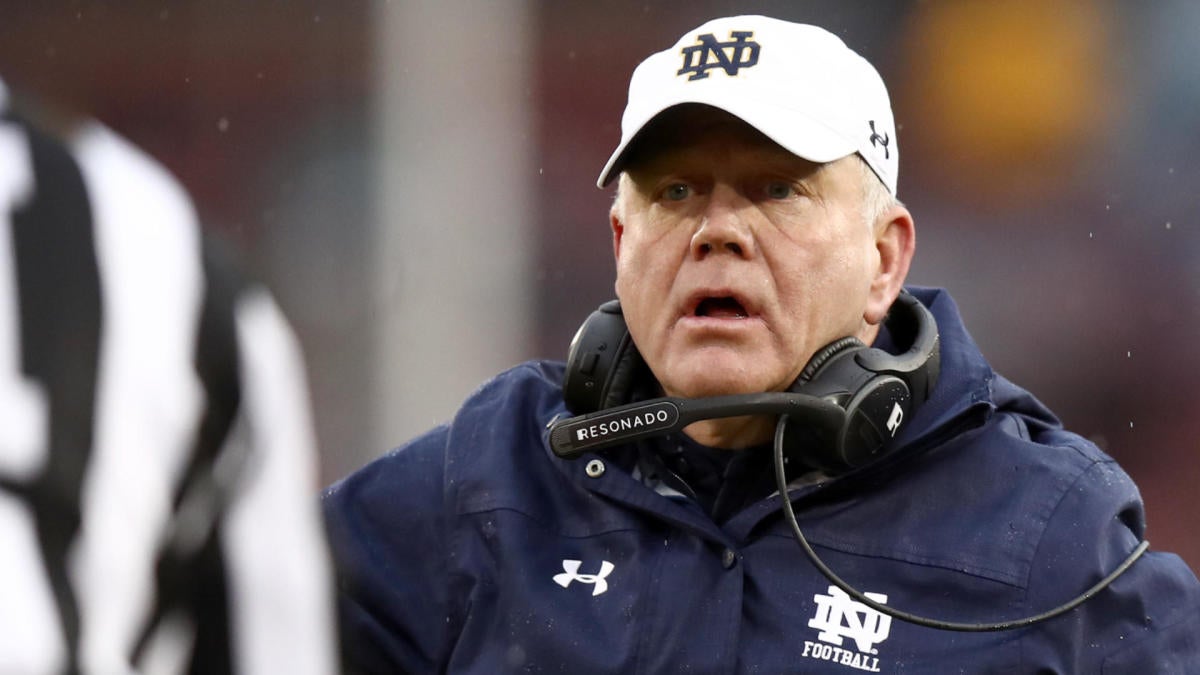 LSU has hired Notre Dame coach Brian Kelly to fill its vacant position, the school announced Tuesday morning. Kelly’s contract will be a 10-year, $95 million deal, plus incentives. It is believed the Tigers shifted to courting Kelly after whiffing on stealing Oklahoma coach Lincoln Riley, who was instead hired by USC.

Kelly met with his team at Notre Dame on Tuesday morning, reportedly for just 11 minutes, before leaving for LSU. He first informed the Fighting Irish of his decision via a group message Monday night hours after reports surfaced that he’d accepted the LSU job.

“I could not be more excited to join a program with the commitment to excellence, rich traditions, and unrivaled pride and passion of LSU Football,” Kelly said. “I am fully committed to recruiting, developing, and graduating elite student-athletes, winning championships, and working together with our administration to make Louisiana proud. Our potential is unlimited, and I cannot wait to call Baton Rouge home.”

Kelly has led the Fighting Irish since 2010, becoming the winningest coach in program history this season. He is 113-40 overall at Notre Dame with two College Football Playoff berths and an appearance in the 2013 BCS Championship Game. The Irish have a chance to advance to a third playoff this season. Notre Dame has struggled in its postseason appearances, however. It lost 30-3 to Clemson in 2018 and 31-14 to Alabama in 2020. Against Bama in 2013, ND lost 42-14 in one of the most crushing losses in BCS history.

“Brian Kelly is the epitome of a winner,” LSU athletic director Scott Woodward said. “He has built and sustained success at every program he’s led, from multiple undefeated regular seasons and National Coach of the Year honors to national titles and College Football Playoff berths. His credentials and consistency speak for themselves. Most importantly, Coach Kelly’s players and programs exemplify excellence in all aspects of the student-athlete experience – in competition, in the classroom, and throughout the community – and he shares our values and vision for elevating our university and our state. We’re thrilled to welcome him and his family to Baton Rouge, and we are excited to work with him as we add to the championship legacy of LSU Football.”

The draw to LSU for Kelly is obvious. The last three Tigers coaches — Nick Saban, Les Miles, Ed Orgeron — have won national championships. Kelly would be able to take his recruiting to new heights and likely be compensated handsomely for it.

However, Notre Dame found new life on the recruiting trail since Kelly hired Marcus Freeman from Cincinnati as defensive coordinator. The Fighting Irish have a projected top-five recruiting class in 2022 for the first time in a decade and are off to an even hotter start in 2023.

Asked last week whether he would have any interest in other jobs, Kelly gave a strong denial. Apparently, things have changed.

“I mean, look, I think Mike Tomlin had the best line, right?” Unless that fairy godmother comes by with that $250 million check, my wife would want to take a look at it first. I’d have to run it by her,” said Kelly.

LSU reached out to Kelly early in its process with Kelly initially turning down the Tigers, according to The Athletic, which first reported LSU targeting Kelly on Monday.

With Riley off the board and Texas A&M coach Jimbo Fisher again denying interest in LSU, athletic director Scott Woodward moved on to his next big-name target. Woodward is known for taking swings. He is the coach that brought Chris Petersen to Washington and Fisher to Texas A&M.

LSU fired Orgeron after five years and a 51-20 record. He led the program to a perfect 15-0 season and national championship in 2019 but went 11-11 over his final two seasons.

Woodward gets his big fish

Throughout LSU’s coaching search, Woodward’s propensity to nab big names has been a storyline — and part of why the vacancy up until Monday was somewhat of a surprise. Patience worked, however, because Woodward managed to pull it off again. But even when hearing Kelly’s name connected to the search, it came as a surprise.

Kelly is one of the most consistent coaches in the sport. He won at Grand Valley State, Central Michigan, Cincinnati, Notre Dame and he’s absolutely going to win football games at LSU.

This is one of the best jobs college football with endless resources and access to recruiting terrain. Woodward made a calculated decision that the Tigers don’t need to take chances. This is the splash hire that people expected from Woodward.

The fit is odd at best

Kelly, a Massachusetts native, has never coached in the Southeast. Only seven of his 27 recruits in the class of 2021 came from the South. Only two players on Notre Dame’s roster are from the state of Louisiana.

Being the head coach at LSU means immediately stepping in and competing for those recruits, but Kelly is a different kind of coach to say the least. Since his post-national championship game class in 2013, Notre Dame has not fielded a top-five recruiting class. (However, it is worth noting that Notre Dame’s 2022 Class ranks No. 4 nationally and the 2023 class ranks No. 2, per 247Sports.) The Fighting Irish rank a respectable No. 12 in the 247Sports Talent composite, but that would rank sixth in the SEC, not counting new entrants Texas and Oklahoma.

The SEC is a different animal. Kelly goes from being a ball coach at Notre Dame to needing to be a dynamic recruiter at LSU and quickly make new connections across the south at 60. Yes, LSU recruits itself to some extent. Not to a championship level, though.

Notre Dame has reached the College Football Playoff in two of the past three seasons. The Fighting Irish have finished top-12 in four straight seasons and are well on the way to reaching a fifth. By every indication, Notre Dame is fielding its best days since Lou Holtz.

But for all the success, Notre Dame has failed to reach championship-caliber status under Kelly’s watch. Going south to the heartbeat of college football recruiting gives Kelly the best chance possible to remedy that issue.

We’ll hopefully learn about what went into Kelly’s decision in the coming days. Let’s be clear: he steps into a job where the three previous coaches all won national championships. If he plays his cards right, Kelly can also win what has been an elusive ring for him at the highest level.