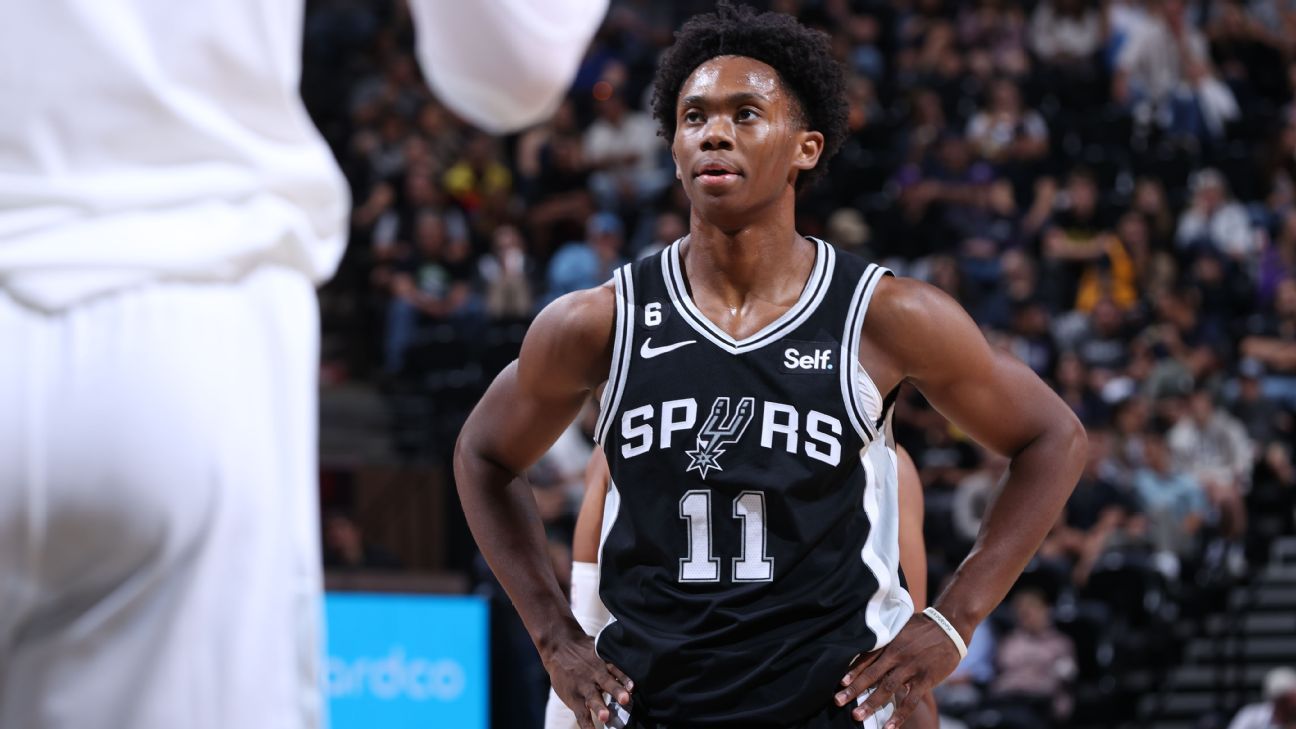 Dr. Hillary Cauthen filed a lawsuit against the Spurs and Primo, claiming the 19-year-old exposed his genitals to her nine times during multiple sessions.

In addition to the civil complaint that was filed Thursday in Bexar County, which includes San Antonio, Cauthen filed a criminal complaint against Primo.

The Bexar County Sheriff’s Office told The Associated Press it “has made contact with the victim involved in the Joshua Primo incident.” The sheriff’s office called it a “preliminary investigation into the allegations” against Primo.

In her lawsuit, the team’s former performance psychologist said the Spurs did nothing to discipline Primo or address her concerns “despite her numerous complaints about Primo’s improper sexual conduct.”

Cauthen said she had informed and requested a meeting with Spurs general manager Brian Wright after what she described as Primo’s first incident of indecent exposure in December 2021. She said her request for a meeting in January was postponed by Wright until March, during which time Cauthen continued to counsel Primo despite her concerns.

Cauthen said her role with the team was marginalized in the months that followed, culminating in her contract not being renewed in August.

Cauthen said she was angry, confused and sad that Primo had not faced any discipline for his actions until the Spurs released him an hour before their Oct. 28 home game against Chicago. Primo cleared waivers on Monday but has not signed with another team.

San Antonio coach Gregg Popovich, speaking before Friday night’s game against the Clippers, said he could not comment on when he was first informed about Primo’s alleged behavior and what actions the Spurs did or did not take because it is now a legal matter. Popovich did say the Spurs have long worked to maintain a healthy work environment.

“I would only add that anybody that has observed the Spurs over a very long period of time knows that an accusation like this would be taken very seriously, without any doubt whatsoever,” Popovich said. “No equivocation, the Spurs organization would be on top of it. I am absolutely confident that the men and women on the managerial staff that dealt with and are dealing with this did so purposefully, efficiently, promptly and did it with the utmost care for everybody concerned, the accuser, the accused, the people in the organization, to make sure that everybody still felt comfortable and safe. I’ll just leave my comments at that.”

Popovich has been an outspoken advocate for civil rights and for various social causes. The assertion that the Spurs turned a blind eye to Cauthen’s accusations has troubled the team’s fans.

“The only thing I would say to the fans is to consider the statement I just made about how we’ve handled things over many years,” Popovich said. “As far as the details, I think they know intellectually, like we all do, that it’s in the hands of the lawyers. We can’t say anything. That pretty much cuts everything off. I would imagine that over time details are going to come out, they always do. Everybody has to just wait for that.”