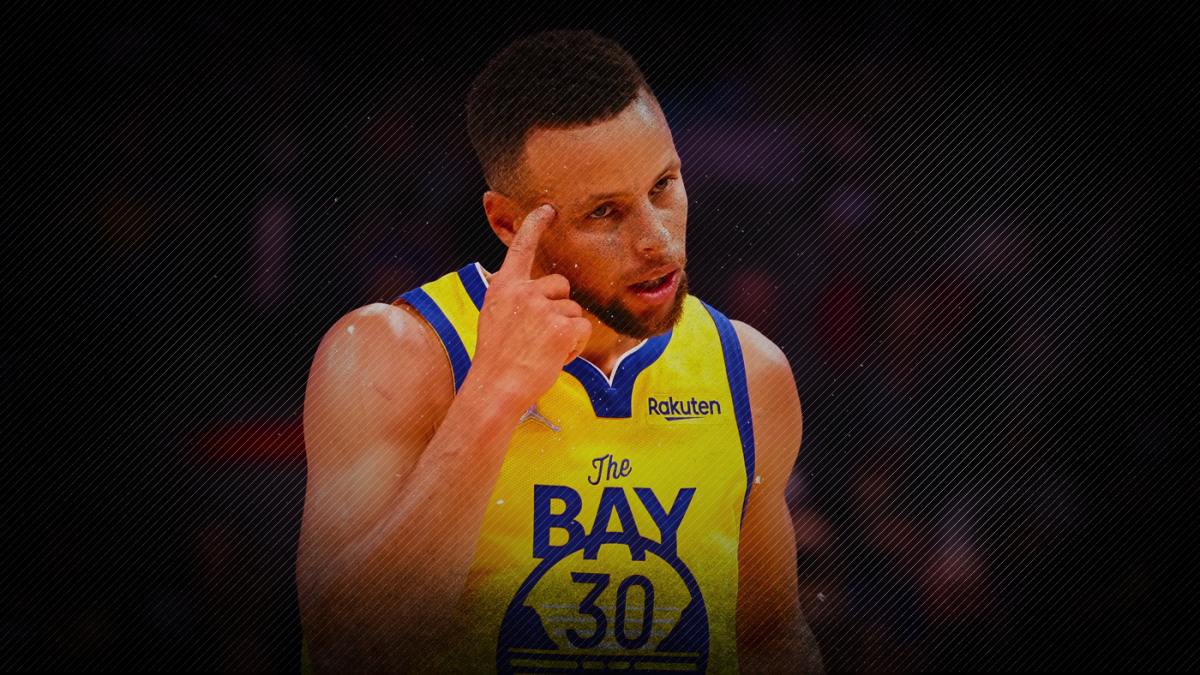 Tuesday night, or in the coming days, Stephen Curry will drain yet another 3-point shot in a career defined by them. This one — No. 2,974 — will make him statistically what he already is in fact: The greatest shooter in the game’s history.

There will be stories, highlights, praise, applause and the appropriate focus on this monumental accomplishment, and on Curry’s stunning, still-running career.

But in front of Steph and still within his grasp — stretching before him this season and likely in the seasons to come, past this singular achievement — is a chance to do more than passing Ray Allen for the NBA‘s 3-point record. This opportunity is nothing less than a shot at solidifying himself as one of the five greatest players of all time.

Curry does not fit the mold of an all-timer, and that has always been both part of his appeal with fans and part of the at-times (if now mostly expired) soft criticism from his contemporaries. Five years ago, in the midst of his run of back-to-back MVPs, more than a few handlers of NBA stars would happily order another drink if you’d humor them on the supposed overrated-reality of Curry.

He’s smaller and less-explosive looking than Jordan, Kareem, Shaq, Kobe, LeBron, etc. But greatness isn’t measured in the skills that could make something so, or in pure athletic superiority.

Greatness is measured in what is so, and done, and won — and Curry, after this 3-point record falls, will lead the NBA’s best team. That rejuvenated Golden State Warriors squad, spurred on again by their star, could very well position Curry to tack on a third Most Valuable Player award and, more important in terms of legacy, a fourth NBA title.

Which, not for nothing, would give him just as many championships as LeBron James.

Sometimes one star’s greatness can be unfairly dimmed in the light of another all-time great. Think Tim Duncan aside Kobe Bryant for most of their careers. Think Isiah Thomas sandwiched between Larry Bird-Magic Johnson on one side and Michael Jordan on the other.

Steph is in a similar boat. He does not match LeBron James for sheer physicality, or a host of other on-court measurements of greatness. LeBron is, put simply, shockingly talented and accomplished in almost every way a basketball player can be. He could end his career as the NBA’s all-time scoring leader and as the game’s third- or fourth-best ever on the all-time assist list, to name a few.

But Steph has his own unique Mount Rushmore resume, one currently incomplete for a top five all-time player but certainly within reach. He’s the greatest shooter of all time, a fact soon to be burnished by the record he will almost certainly set Tuesday against the New York Knicks at the Garden. He, like Jordan, has defined a generation of the sport and called forth a next generation crafted in his image — imitators of not his skill but of how he’s changed the game. Steph’s greatness, while not as overpowering as LeBron’s or deep in its breadth, nonetheless synthesizes rare talent into championships while defining a long span of the game.

Steph, unlike LeBron, never left to find rings. There is no Miami Heat stop to learn to be a champion. There is no Los Angeles Lakers defection. There is just the Warriors. Even his recruitment of a star — Kevin Durant — was more about Steph’s ability to attract greatness and enhance it than, say, bolt for greener pastures or pull strings behind the scenes to bring in a player still under contract elsewhere.

That’s not a knock at LeBron. But it is a notch for Steph.

The Lakers seem much less likely this year, and in the years ahead, to win titles than the Warriors. The idea of Steph claiming a fourth title, and LeBron not winning another one, is certainly plausible.

And there’s this: How many players, exactly, has LeBron James turned into a Hall of Famer? Steph’s done it for two.

I’m not arguing Steph can pass LeBron on the all-time list. LeBron’s going to end his career no lower than No. 2, and much more likely as the sole GOAT. But it is to say Steph can cut down the distance between them in a way not enough see, nor acknowledge.

LeBron’s been on a quest for No. 1 all-time status since he appeared on the cover of Sports Illustrated as “The Chosen One.” Steph’s own pursuit — as a possible top five all-time player — has not gotten the same attention, respect or acknowledgment.

All-time greats at the close of their careers can burnish — or make — their legacies. John Elway won two Super Bowls in his last two NFL seasons, saving the Broncos legend from being a lesser version of Dan Marino.

Peyton Manning’s second and final ring also came with the Broncos, a last run to glory more about defense than Manning’s actual play that year — but no less impactful for his all-time status.

Duncan’s 2015 title tied him with Kobe with five, linking them, for me, in a way we can’t yet rule out for Steph and LeBron. Phil Mickelson won the PGA at age 50 last year. Tiger Woods took the Masters in 2019 after more than a decade-long drought. Clayton Kershaw’s win with the Dodgers in last year’s World Series is similarly legacy changing, and comes nearer the end of his career than the beginning.

Point is: The measurements of greatness and the impact of a career can’t be properly understood until that career is truly over. Steph’s isn’t. LeBron was just named Western Conference Player Of The Week, but it’s his quiet rival who has the larger chance at more titles and MVPs.

And to do it post-Durant, in his 30s, after so many dismissed the once-dominant Warriors as a thing of the past? That’s its own incredible accomplishment, if Steph can indeed carry his team to that place again.

“We’re all witnesses to what Steph Curry has done in his career and the way that he’s changed the game,” LeBron told reporters last week. “He’s a once-in-a-lifetime basketball player.”

Yes, he is. And in the end, Curry’s career, while not exceeding the King’s, may come closer than few thought possible.

And maybe, when we look back years later, we’ll assign this time its own unexpected name: The LeBron-Curry era.