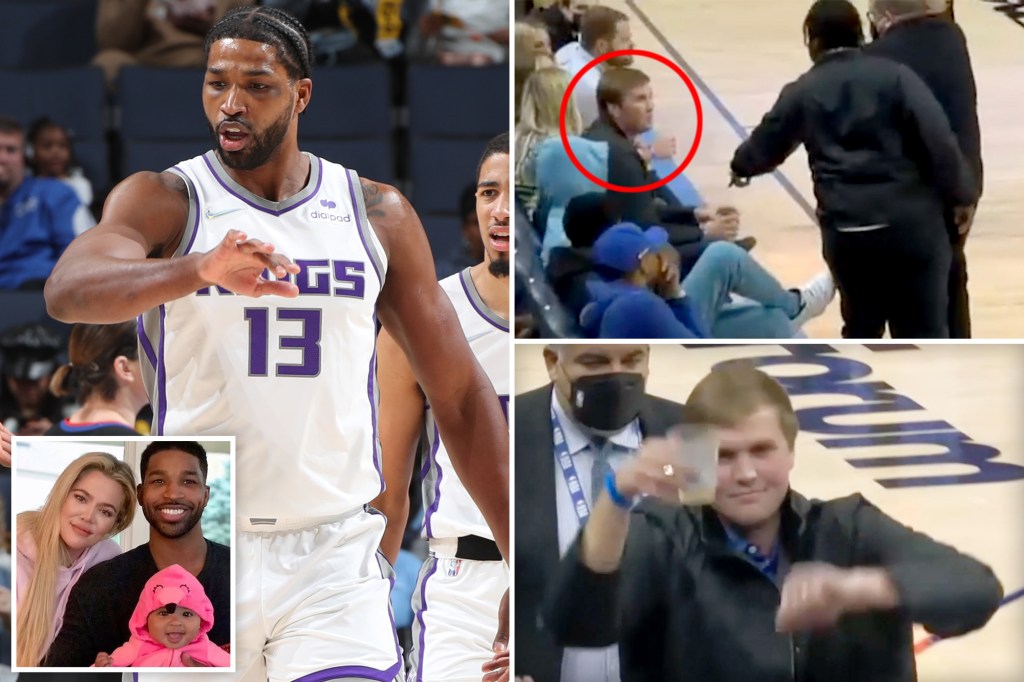 Tristan Thompson took a page out of pal LeBron James’ book when he had a heckling fan removed from the Kings-Grizzlies game on Sunday.

During the fourth quarter at FedExForum, a visibly agitated Thompson signaled to referees in the fan’s direction, before security escorted him out of the building, TMZ reported.

The fan, who was sitting courtside, was booted for making comments about the Kardashian family in the direction of the Kings forward, according to the Daily Memphian.

Thompson has had an on-again, off-again relationship with Khloe Kardashian since 2016. The pair — who share a 3-year-old daughter, True Thompson — called it quits over the summer.

The fan raised his glass and smiled as he exited the arena with 9:38 remaining in the Grizzlies win.

Sacramento head coach Alvin Gentry did not confirm the report following the Kings’ loss — though he did say the fan said “inappropriate things” to his players.

“I don’t think it needs to be talked about or anything, but obviously it’s not anything that I’m going to tolerate people saying to my players, I know that, not without intervening and asking them to be removed,” Gentry said.

“They can say anything they want to me or they can boo and do everything they want with the players, but there’s no room for saying inappropriate things in a sporting event. That’s not why you’re there.”

The incident came after James had two court-side hecklers removed over inappropriate language on Wednesday in an overtime win against the Pacers. James also had a group of Hawks fans ejected from a game in Atlanta last season.