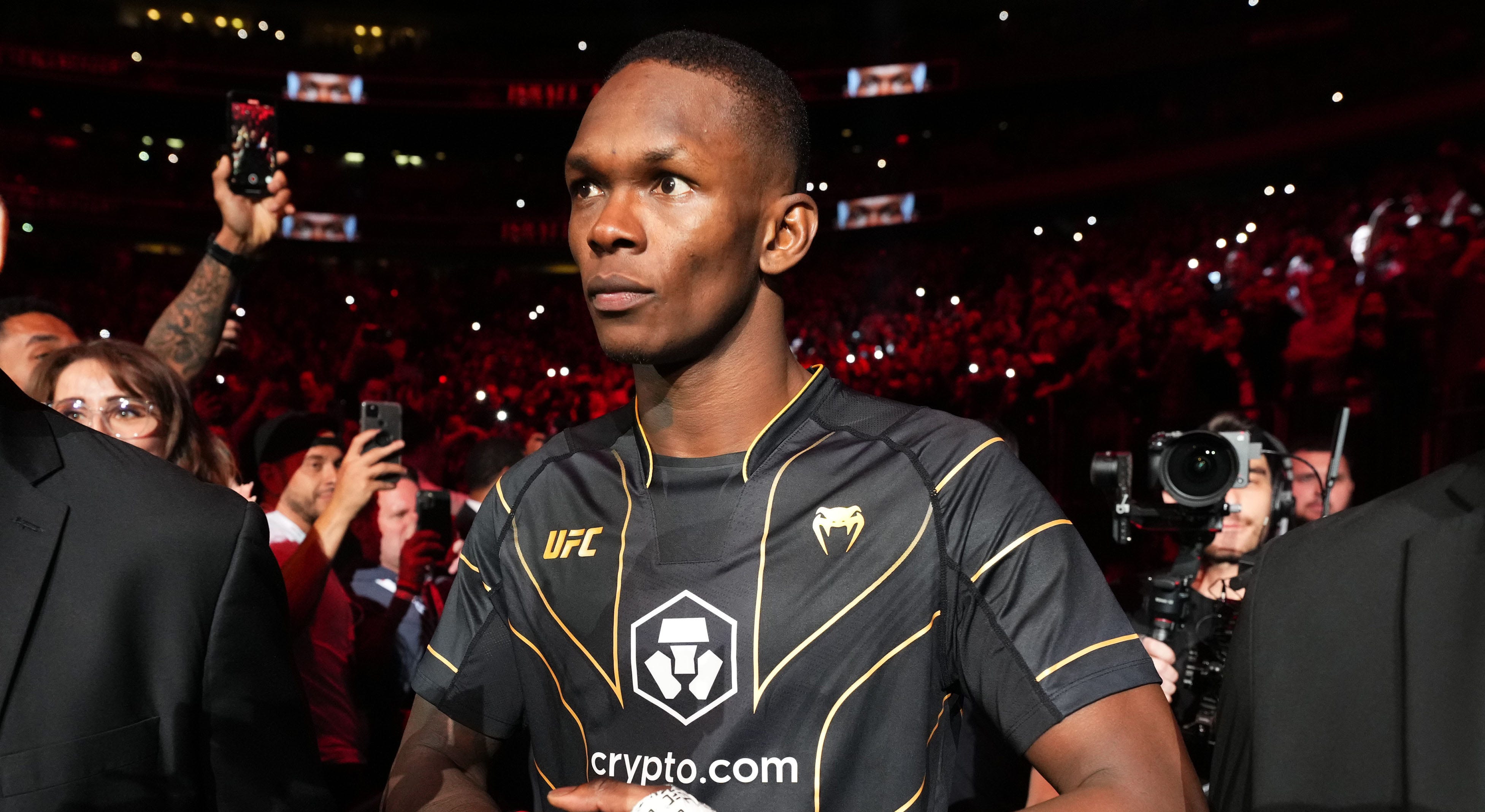 Adesanya lost his belt to Alex Pereira during the main event of UFC 281 Saturday at Madison Square Garden.

And he was arrested Tuesday at about 1:57 p.m. after TSA found him in possession of metal knuckles at a screening area, the Port Authority Police Department confirmed to Fox News Digital.

Metal knuckles are illegal in the state of New York.

However, it appears authorities released Adesanya.

“Israel was handed a gift by a fan, which he put in his luggage,” Adesanya’s manager, Tim Simpson, told TMZ Sports. “When flagged at the airport, Israel quickly disposed of the item and cooperated with authorities. He has complied accordingly. With that, the matter was dismissed, and he is on his way home.”

The UFC didn’t immediately answer a request for comment on the situation from Fox News Digital.

Israel Adesanya prepares to enter the octagon prior to his middleweight fight against Alex Pereira at UFC 281 at Madison Square Garden Nov. 12, 2022, in New York City.
(Jamie Squire/Getty Images)

Backed up against the octagon fence, Adesanya fell to the canvas but got back to his feet as Pereira continued to swing at him. However, Adesanya didn’t fall when Goddard stepped in to call the fight in the fifth round, and Pereira celebrated the upset victory.

“You see when I get up, I’m fine because I was lucid,” Adesanya said Monday on “The MMA Hour.” “I didn’t get rocked-rocked. So I got hit against the fence, and my thought was, ‘Escape laterally left or right.’ And then I went right, and as I was going right and as I wasn’t going right, it wasn’t because like I was rocked. It was (because of) my foot.”

“So I went lateral, lateral, and I tripped and looked bad, so I think the referee was like, ‘Two big shots, and he wobbles. Oh s—.’ (But) it wasn’t from the shots, I promise you. There’s no reason for me to lie. It was from the leg, which he caused the damage.”

At that point in the fight, judges had Adesanya winning, 39-37, on the scorecard. There was also a moment when Pereira seemed to be saved by the bell in the first round as Adesanya hit him hard with just a few seconds left, and Pereira wobbled just as the round was ending.

But Pereira bounced back and finished it off in the final round.

Pereira now owns the belt with a 7-1 UFC record, while Adesanya is 23-2 in his UFC career.

Scott Thompson is a sports writer for Fox News Digital.