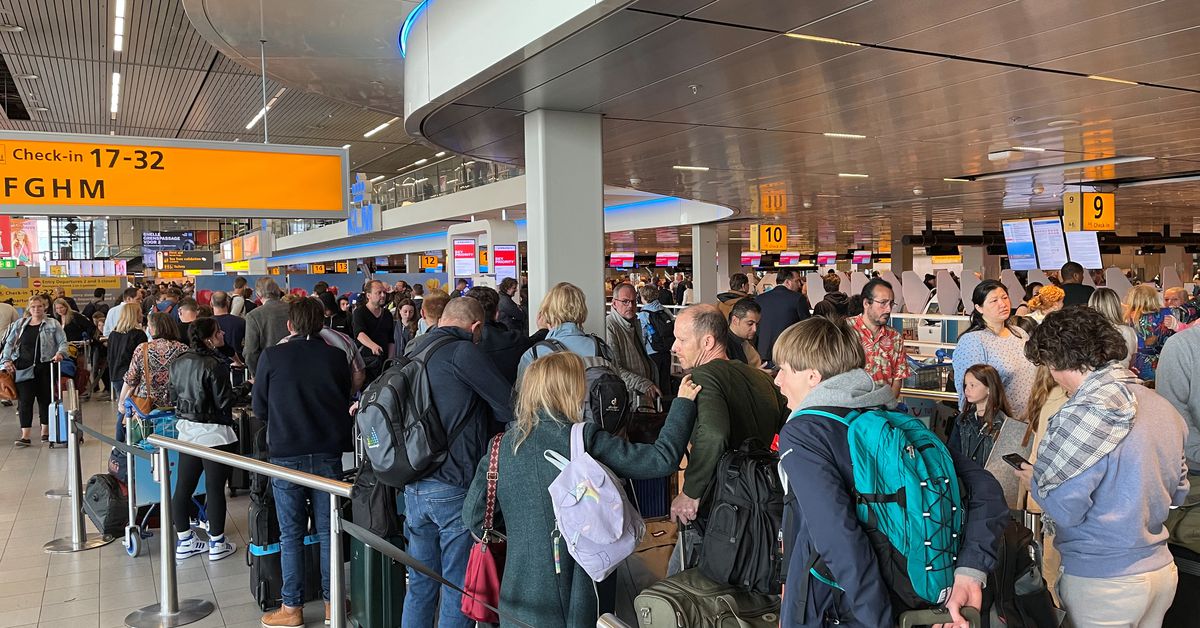 AMSTERDAM, April 23 (Reuters) – Amsterdam’s Schiphol airport urged travellers to stay away for several hours on Saturday as a strike by ground personnel at the start of a school holiday caused chaos at Europe’s third-busiest airport.

“The terminal is too full at the moment … Schiphol is calling on travellers not to come to the airport anymore,” airport authorities said in a statement issued shortly before noon (1000 GMT).

Police closed down highway exits to the airport briefly on Saturday afternoon as lines at departure gates stretched out of the airport buildings.

A Schiphol spokesperson said the temporary closure was necessary to guarantee safety and to get as many as possible of the thousands of frustrated passengers aboard their often-delayed flights.

Baggage handlers for KLM, the Dutch arm of airline Air France-KLM (AIRF.PA), had early on Saturday gone on a previously unannounced strike to press demands for higher pay and better working conditions.

Labour union FNV said the walkout had ended around noon.