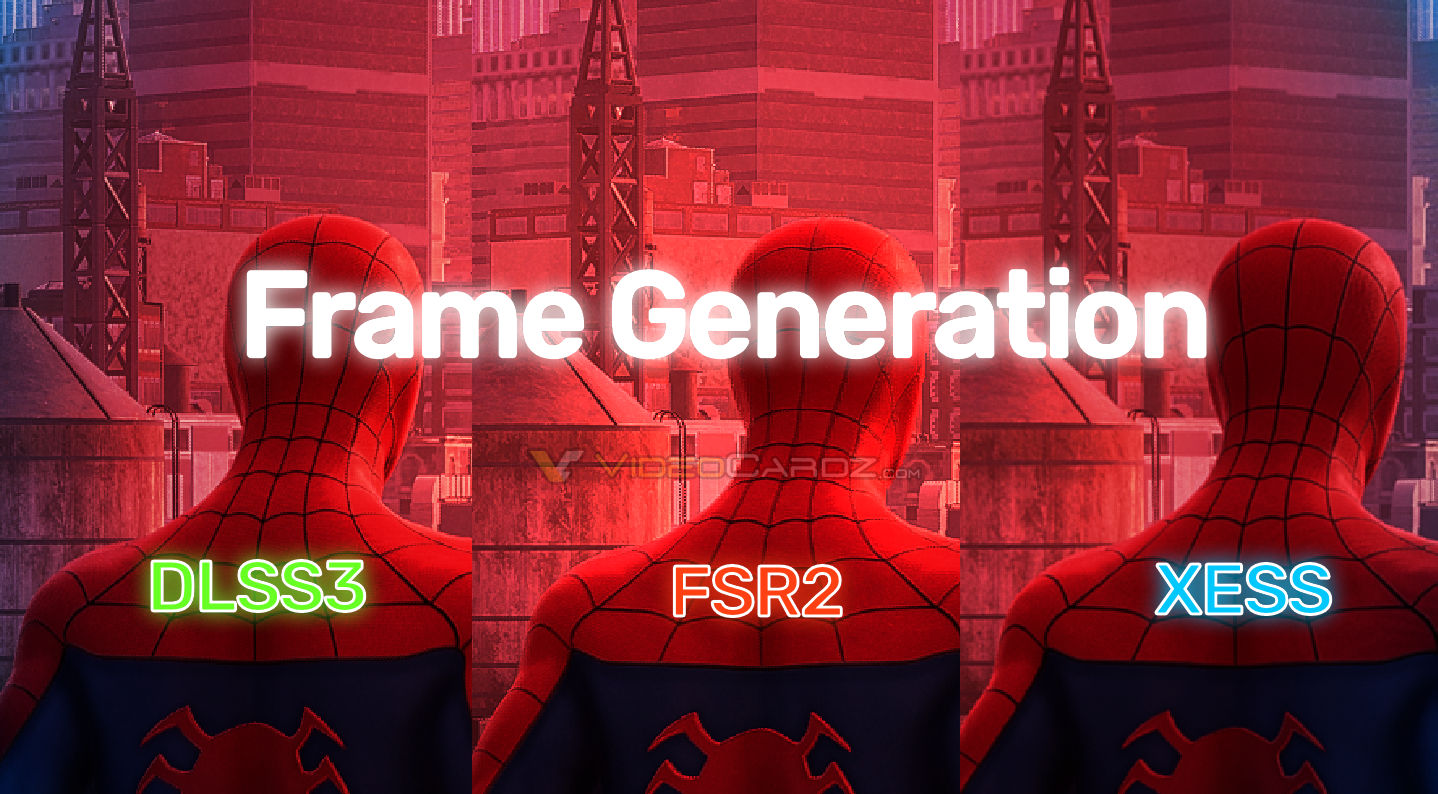 According to the article posted this morning, the backbone of NVIDIA DLSS 3.0 technology, known as Frame Generation, reportedly works with other upscaling technologies from competitors.

One should remind our readers that AMD announced last week its Radeon RX 7000 GPU series along with a confirmation on updated FSR tech known as FSR 3.0. This technology is now set to launch next year. According to AMD, FSR 3.0 will make use of a technology known as Fluid Motion Frames, which should be very similar to NVIDIA’s Frame Generation.

As it turns out, it is possible to enable NVIDIA Frame Generation in games such as Spider-Man but change the upscaling tech from DLSS 3.0. This way it is possible to keep the benefit of artificially interpolated frames in combination with AMD FSR 2.0 and Intel XeSS 1.0 upscaling which are supported by the game as well. 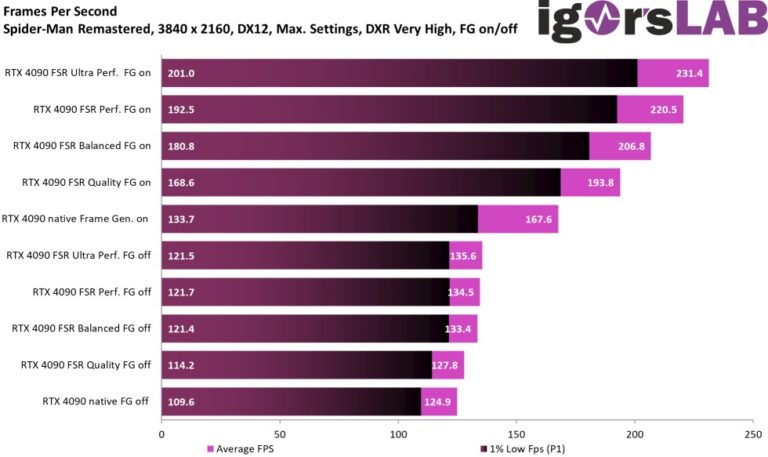 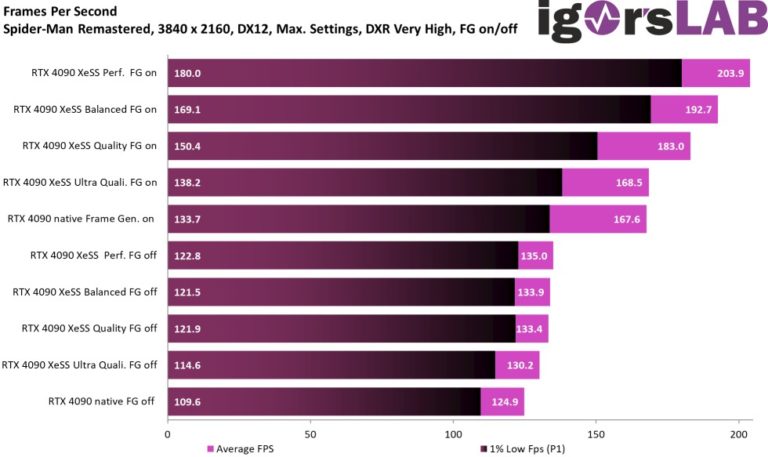 Igor’s article goes in-depth to compare the performance benefit of using FG with FSR and XeSS, and to everyone’s surprise, it works just fine. The only issue, a significant one should say, is that FG only works with GeForce RTX 4090 and soon-to-be-released RTX 4080 graphics cards. 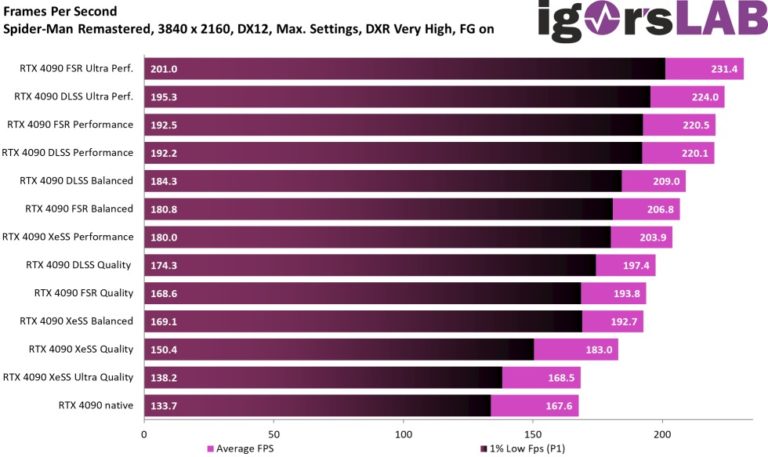 According to the results, there is a small difference between DLSS and FSR in terms of performance. Only Intel XeSS is lagging behind, but this technology is not as efficient as AMD’s and NVIDIA’s anyway. While Intel catches up to the competitors, eventually we should see their updated upscaling technology as well.

We should also mention that AMD’s Azor Frank confirmed that the company is doing their best to support FSR 3.0 with more than AMD’s fastest hardware. We are talking not only pre-RDNA3 architecture but competitor’s products as well. If AMD can pull this off, this means the benefit of frame interpolation will be provided with a significant performance boost across a wide range of hardware from all three GPU vendors.