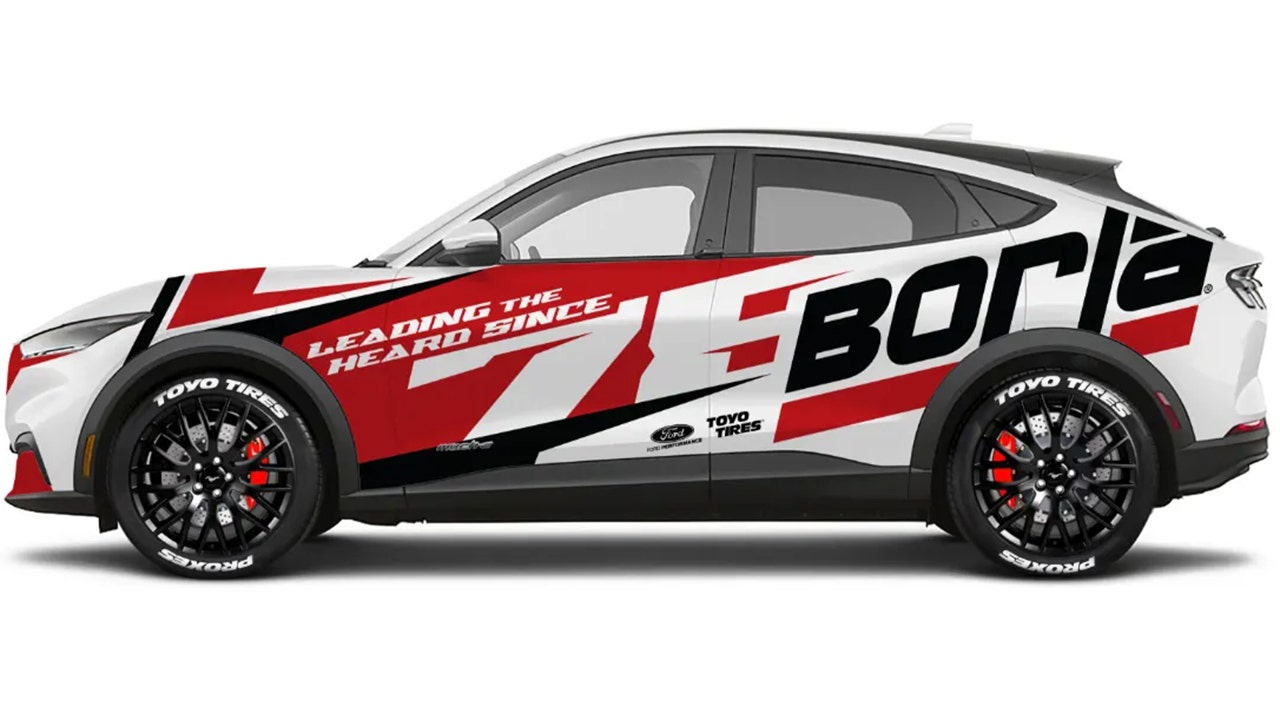 Borla Exhaust has been making cars louder since 1979 with its custom parts, but it’s getting tougher these days.

There are still plenty of powerful cars that need somewhere for their burned gasses to go, but that’s not the case with the growing number of electric performance models filling showrooms.

Borla isn’t ready to go quietly into the battery-powered night, however, so it has designed an exhaust system for EVs.

Not one that blows hot air, but an external speaker that plays a digital reproduction of authentic engine sounds in sync with the speed of the car.

DODGE’S NEW MYSTERY MUSCLE CAR KEEPS BLOWING UP, BUT WHY?

The Borla system uses a speaker mounted to the vehicle.
(Borla)

It’s first being offered for the Ford Mustang Mach-E SUV and was displayed at the SEMA auto show in Las Vegas ahead of the start of deliveries.

The product started as a collaboration with famed Mustang tuner Shelby American, which has started selling modified versions of the Mach-E and wanted some sound to go with them.

The Mustang Mach-E has three unique sound experiences for the cabin – Whisper, Engage and Unbridled.
(Ford)

The Mach-E already offers a synthetic engine noise modeled after a V8 that can be pumped into the cabin, but it can’t be heard on the outside.

The Borla Active Performance system definitely can, and doesn’t just sound like another Mustang.

While Borla did design a track based on of a Shelby GT500, it also sampled several Chevrolet products, including the current Corvette, and owners can switch between them using a connected app.

Final pricing hasn’t been announced, but it is expected to be available before the end of the year.

TRY TO GUESS WHERE THE GMC SIERRA EV’S HEADLIGHTS ARE

Borla isn’t the only entity in the muscle car world that’s been fretting at the possibility of muscle car exhausts going extinct.

Dodge has developed its on solution for its upcoming all-electric Charger Daytona SRT.

The vehicle is equipped with something Dodge calls the Fratzonic Chambered Exhaust, which works like a pipe organ to pump air through a series of tubes to create an exhaust-like note that can project at up to 126 decibels, which is as loud as the brand’s current supercharged Hellcat V8 engine.