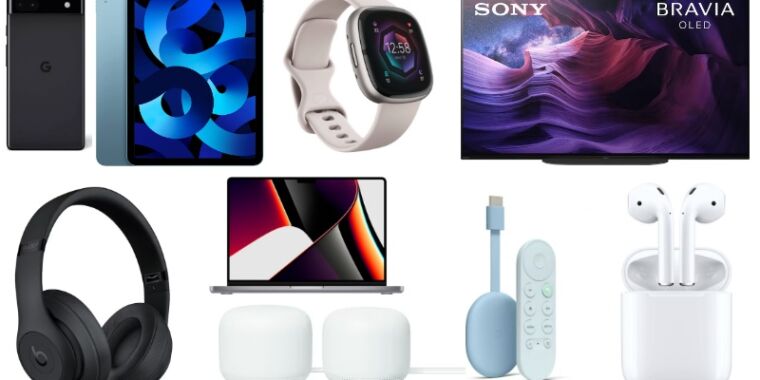 This week’s Dealmaster reflects the rising tide of early Black Friday deals building to the eventual tsunami at the end of November. We’re seeing discounts in many of the product categories we expect from Black Friday and the holiday season, including a range of Apple devices, Roomba robot vacuums, Google and Amazon smart home devices, and a handful of 4K TVs, among others. Most of these meet or exceed the lowest prices we’ve tracked on these devices, and many are labeled “Black Friday deals” from Target and Best Buy. Together, that means these are some of the lowest prices we expect to see all year. Of course, there will be many more discounts on a ton of devices, but you can already grab some solid deals now.

Amazon’s Fire tablets and Echo devices have been discounted to match and, in some instances, exceed the best deals we saw during Prime Day, bringing them right in line with what we expect for Black Friday and the holiday season. We’re also seeing discounts on our favorite streaming sticks like the Google Chromecast 4K with Google TV ($40, ) and Roku Streaming Stick 4K ($25, ). We generally recommend Google’s Chromecast over just about any streaming device for its accessible price and streamlined, intuitive functionality that makes it exceedingly easy and genuinely fun to browse media and actually find things you’re likely to enjoy. Roku’s streaming stick can still offer all the same content (and at a slightly cheaper price), but it’s a much simpler system, more akin to a smart TV’s interface than a streaming device.

Elsewhere around the web, we have deals on gaming keyboards and mice from Razer and Logitech, Beats headphones, mesh Wi-Fi solutions from Google and eero, and much more. Check the full curated list below for all the week’s best deals so far.

Ars Technica may earn compensation for sales from links on this post through affiliate programs.

Featured deals of the day