HomeQatarTop seed cruises into the quarterfinals in Doha
Qatar

Top seed cruises into the quarterfinals in Doha 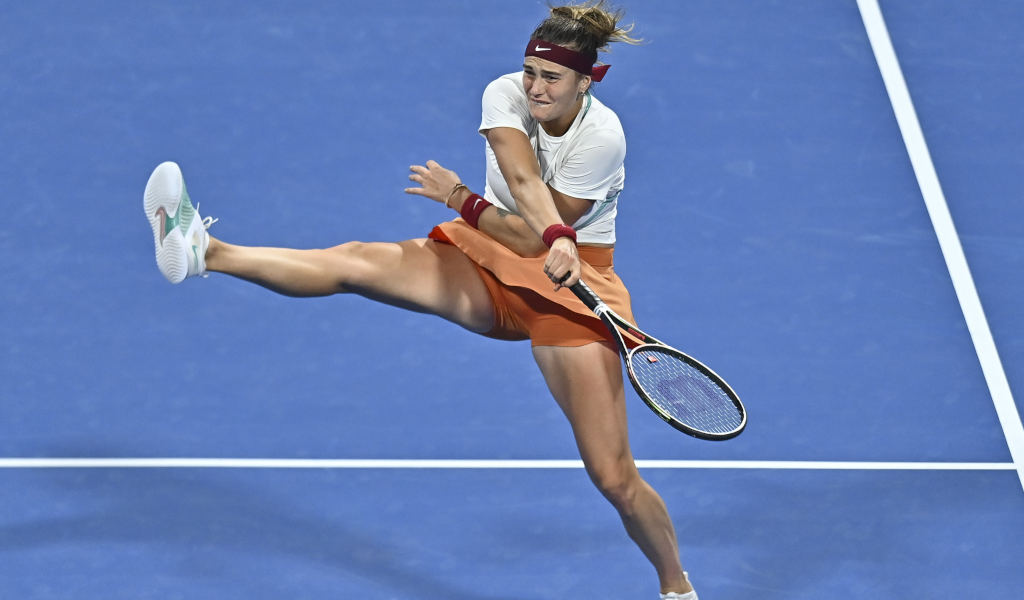 Top seed Aryna Sabalenka cruised into her first quarterfinal of the year, with a dominant 6-2, 6-1 win over Switzerland’s Jil Teichmann at the Qatar Open.

Sabalenka got the job done in just over an hour.

The Belarusian overpowered Teichmann and didn’t give the Swiss a look-in to the match at all.

Sabalenka turned around a recent poor run against lower-ranked players, having lost three of her four matches to women outside the Top 40 in 2022.

Sabalenka hit 26 winners, more than making up for her unforced error count of 13.

She shed her recent struggles on serve, avoiding double-faulting throughout the match.

“It was an amazing match, I really played well today,” Sabalenka said afterwards. “She played well as well, but maybe I was a little bit more lucky today. The atmosphere was unbelievable, so I enjoyed every second on court.”

Sabalenka kicked into high gear after the pair traded early breaks in the first set at 2-2.

Teichmann pulled one game back, but Sabalenka proved irresistible in the next four games and sealed a place in the last eight.

Tunisian Ons Jabeur also progressed to the last eight but had to ensure a rollercoaster match against Tereza Martincova.

Jabeur won the first set but went missing in the second before fighting back to take the match 6-1, 3-6, 6-3 in the third round.

LISTEN to the crowd 🗣️

The eighth seed will next take on in-form Anett Kontaveit, who is on seven-match winning streak, as she bids for her first Qatar Open semifinal.

The Czech said it would bring mixed emotions to face her good friend Jabeur in the last eight.

“I’m really glad actually to see her back playing after she retired against me in Sydney. She had these back issues. I’m very happy to see her back on the court,” Kontaveit said. “She’s a really great person. It’s always tough to play someone you’re good friends with.

“I have a lot of respect for her as a person, as well, so I’m ready for the fight and it’s just going to be an interesting match. I think she’s a great shot maker and just always plays an entertaining match. It’s going to be fun.”