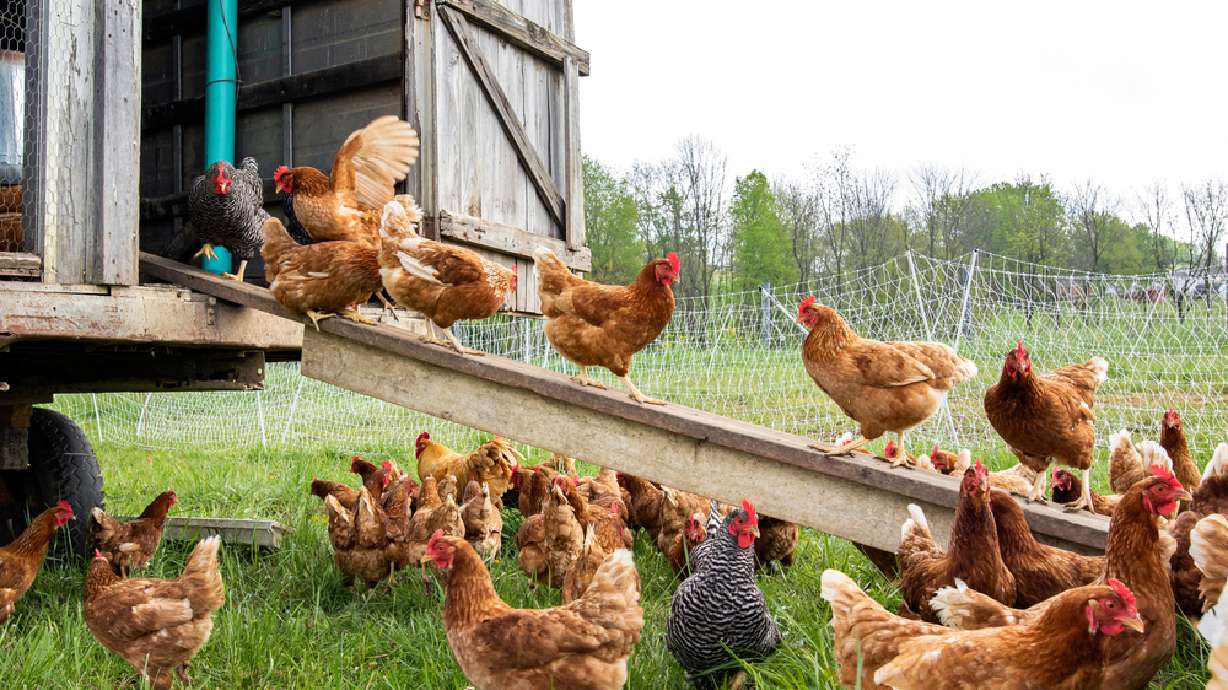 Utah Department of Agriculture and Food Utah officials say the first confirmed cases of the highly pathogenic avian influenza in Utah were from a small flock of chickens in a Utah County backyard.
(Allison McAdams, Shutterstock)

TAYLORSVILLE — State agriculture officials say they’ve “depopulated” a small flock of chickens in Utah found to be infected with the bird flu spreading among birds across the U.S.

The cases, first discovered Friday, are Utah’s first confirmed cases of the highly pathogenic avian influenza. They were reported to the U.S. Department of Agriculture’s Animal and Plant Inspection Service.

All the infected birds, which were a part of a small backyard flock of chickens in Utah County, were then euthanized and the area was quarantined in an effort to prevent the disease from spreading, according to the Utah Department of Agriculture and Food.

Officials did not say exactly where in Utah County the cases were located.

“Our state veterinarian’s office was notified of symptomatic birds in Utah County and our team was immediately dispatched to assess the situation,” said Utah State Veterinarian Dr. Dean Taylor, in a statement Monday. “Proper steps have been taken to prevent further spread of the disease.”

Avian influenza is caused by the influenza type A virus that can infect poultry, such as chickens, and can be carried by free flying waterfowl like ducks, geese and shorebirds, according to the Department of Agriculture. The current outbreak was first found in American wigeon in South Carolina back in January, and since spread to more than two dozen states.

The U.S. Centers for Disease Control and Prevention says none of the cases found in birds have transferred to humans. However, it has led to millions of hens having to be killed off and rising egg prices, CNN reported earlier this month.

Still, state officials advise anyone with birds in Utah County to “vigilantly watch” their flock for symptoms of the bird flu, which include high death loss among flocks, or birds with nasal discharge, decreased appetite, increased water consumption, or lack of coordination.

State officials also urge Utahns to use proper cooking safety for all poultry and eggs, which is an internal temperature of 165 degrees.

Carter Williams is an award-winning reporter who covers general news, outdoors, history and sports for KSL.com. He previously worked for the Deseret News. He is a Utah transplant by the way of Rochester, New York.

The #1 Worst Drink Causing a Fatty Liver, New Research Suggests — Eat This Not That

Was the fourth dose of Pfizer’s COVID-19 vaccine effective? -study