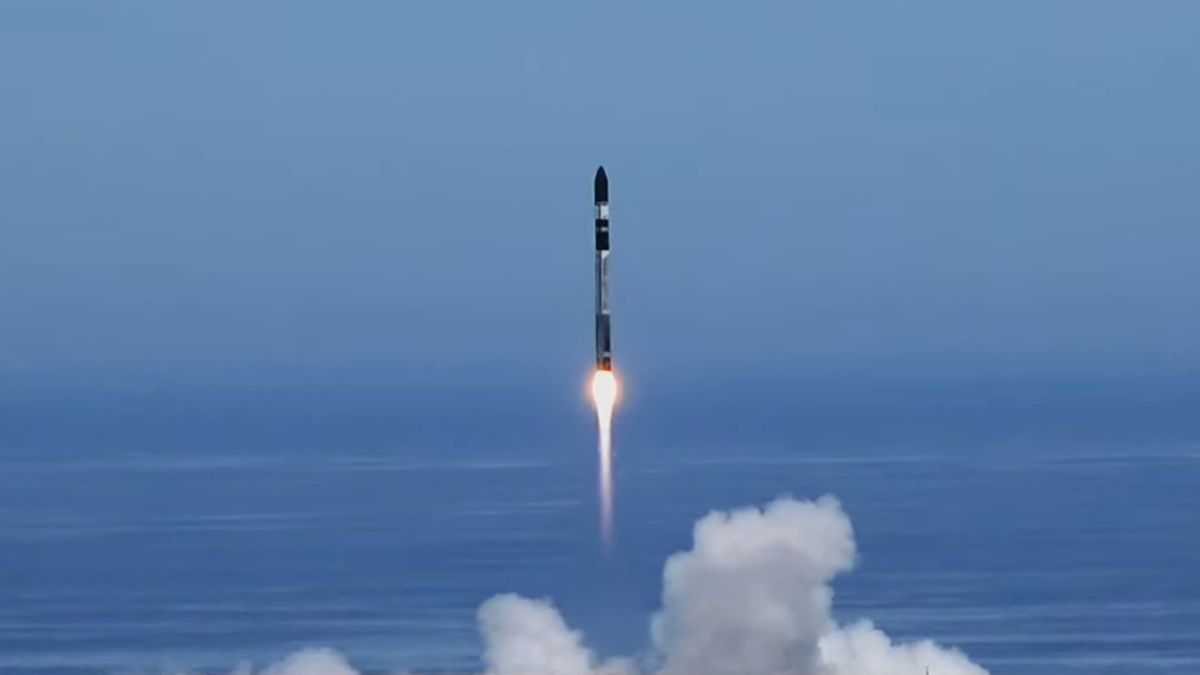 Rocket Lab will launch two new Earth-observation satellites into orbit from New Zealand today and you can watch it live online.

A Rocket Lab Electron vehicle is scheduled to loft two Earth-observing satellites for the American company BlackSky today, April 2, at 8:10 a.m. EDT (1210 GMT) from Rocket Lab’s New Zealand site. You’ll be able to watch it live on this page, courtesy of Rocket Lab, beginning about 20 minutes before liftoff. You can also watch directly from Rocket Lab’s website.

Rocket Lab initially planned to launch the mission on Friday ahead of a successful SpaceX rocket launch , but announced a flight delay late Thursday.

The Rocket Lab launch, dubbed “Without Mission a Beat,” will be the 25th Electron launch overall. If all goes according to plan, it will bring the number of satellites delivered to orbit by California-based Rocket Lab to 112, according to a company mission description.

Rocket Lab has been working to make the two-stage Electron’s first stage reusable, bringing boosters down for soft ocean splashdowns and recoveries on several previous missions. There will be no such activities on “Without Mission a Beat,” however.

Rocket Lab’s launch is the second in two days for commercial space companies. On Friday, a SpaceX Falcon 9 rocket launched from Florida’s Cape Canaveral Space Force Station, which carried 40 satellites to orbit for a variety of customers, weather permitting.

The Falcon 9’s first stage returned to Earth shortly after liftoff and land on an autonomous droneship stationed in the Atlantic Ocean. The first stage of the Falcon 9 flying on Friday completed its seventh launch and landing on the mission.

Related: The evolution of SpaceX’s rockets in pictures

The  two launches on Friday and Saturday are part of a very busy and exciting weekend for space fans. Friday also marks the start of the three-day-long “wet dress rehearsal” for NASA’s Artemis 1 mission, which will use a huge Space Launch System (SLS) rocket to send an uncrewed Orion capsule around the moon.

During the wet dress rehearsal, Artemis 1 team members will go through many of their prelaunch procedures, including fueling up the SLS. If all goes well with the test, Artemis 1 could get off the ground as early as May or June.

Editor’s note: This story, originally posted on Thursday, has been updated to reflect Rocket Lab’s launch delay to April 2 due to weather.