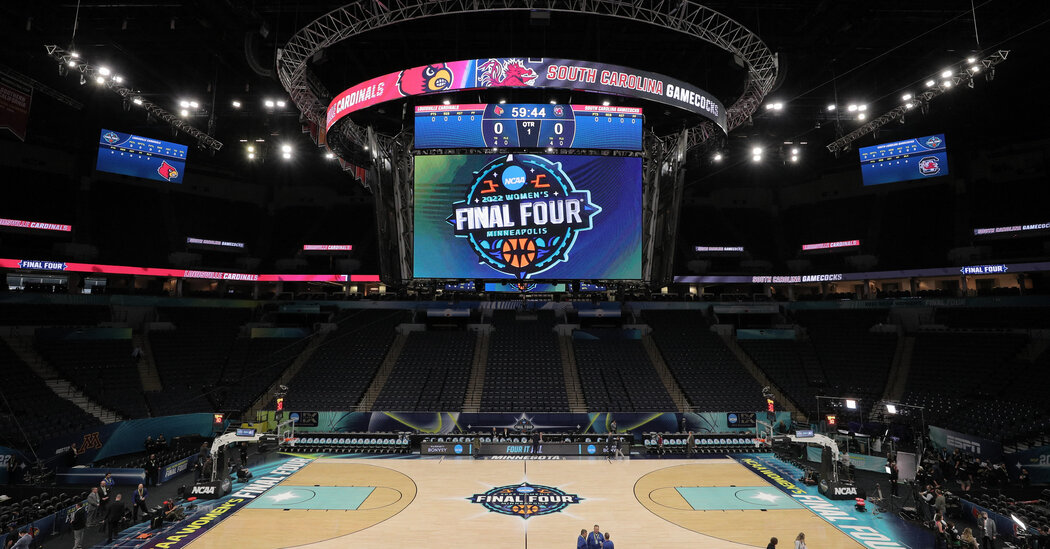 The defending champion Stanford Cardinal have just one more obstacle to competing for their first repeat title: the Connecticut Huskies, the team that has won more back-to-back championships than any other in Division I women’s college basketball. Stanford returned all but one starter from its title team, but it will need its veterans to perform at their best against the Huskies — specifically, the sophomore phenomenon Paige Bueckers.

The Huskies and the Cardinal both had overwhelming support from their crowds during the round of 8. Connecticut effectively had home-court advantage in Bridgeport — just a stone’s throw from Storrs — while Stanford played in Spokane, where the teammates and twin sisters Lexie and Lacie Hull grew up and led their high school to two state championships.

In Minneapolis, Connecticut will likely have the louder cheering section thanks to Bueckers, who played at Hopkins High School in the Minneapolis suburbs. The Cardinal haven’t played without the fans on their side in the tournament so far, and in what looks to be a tight game, that support could give the Huskies an edge.

Stanford’s 6-foot-4 Cameron Brink and Connecticut’s 6-foot-5 Olivia Nelson-Ododa are both athletic post players who move well around the basket to score and rebound, block shots, and, especially in Nelson-Ododa’s case, find their teammates to facilitate a quick offense.

They also both get into foul trouble often, each averaging 2.8 fouls per game. Crucial for both teams, then, will be keeping their best post players in the game and able to play freely. Both Stanford and Connecticut are capable of applying intense defensive pressure, and Brink and Nelson-Ododa will both have to stay patient as they maneuver for open looks around the basket.

Standford, which enters the game with the longest active winning streak of any Division I women’s team — 24 consecutive victories — has the size advantage. Even its guards are tall and can find shots against the most diligent defenders, as Texas discovered in the round of 8. Because Connecticut is just as skilled, the Cardinal will need to exploit whatever mismatches they can find — even 6-foot-1 Haley Jones versus the 5-foot-11 Bueckers.

If Jones and Bueckers guard each other during Friday’s game, it could make for one of the best pairings of the tournament. Both are exceptionally skilled as facilitators and scorers, making plays on just about every part of the court.

The Stanford and Connecticut coaches, Tara VanDerveer and Geno Auriemma, are the winningest and second-winningest coaches in women’s college basketball history. The Huskies own the series by a large margin, but this game will still offer another opportunity for two of the sport’s most important coaches to compete on its biggest stage.