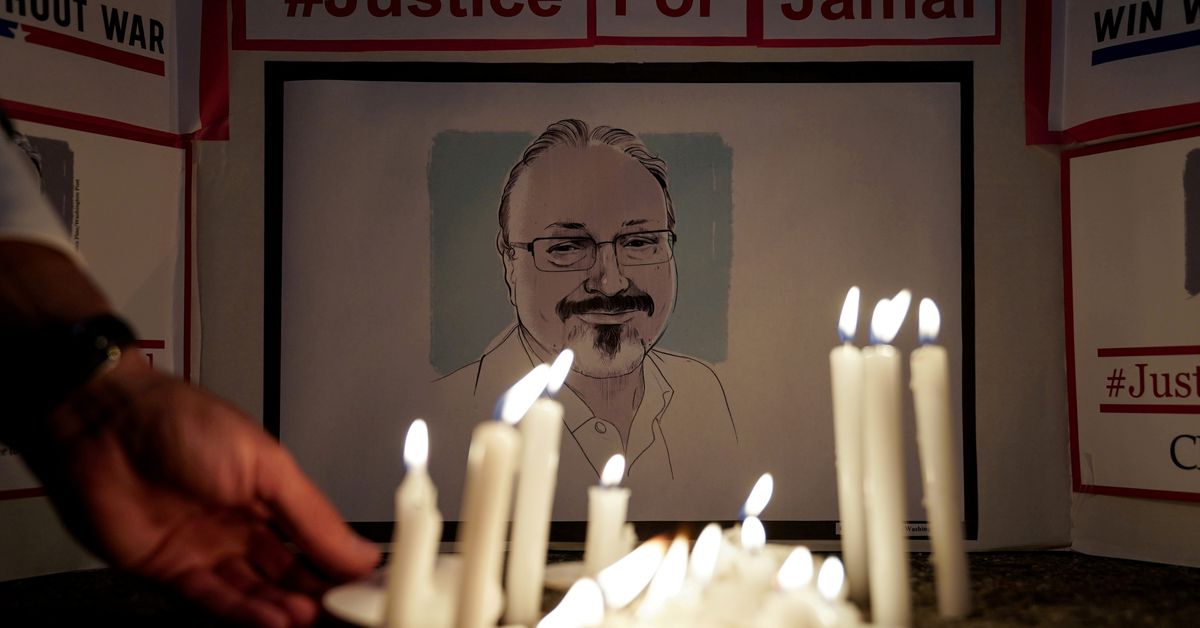 The Committee to Protect Journalists and other press freedom activists hold a candlelight vigil in front of the Saudi Embassy to mark the anniversary of the killing of journalist Jamal Khashoggi at the kingdom’s consulate in Istanbul, Wednesday evening in Washington, U.S., October 2, 2019. REUTERS/Sarah Silbiger/File Photo

PARIS, Dec 8 (Reuters) – The Saudi man arrested on Tuesday at a Paris airport over suspected links to the killing of journalist Jamal Khashoggi was released on Wednesday after officials concluded it was a case of mistaken identity, Paris prosecutors said.

French law enforcement sources on Tuesday named the man as Khaled Aedh Al-Otaibi, the same name as a former member of the Saudi Royal Guard listed in U.S. and British sanctions documents and a U.N.-commissioned report as having been involved in Khashoggi’s killing in Turkey. read more

The Saudi Embassy in Paris had said late on Tuesday the arrested person “has nothing to do with the case in question.”

Prosecutors said checks had shown that a warrant issued by Turkey, which had triggered the arrest when the man’s passport was scanned during border checks, did not apply to the man arrested at the airport.

“Extensive checks on the identity of this person showed that the warrant did not apply to him… he was released,” the statement from the prosecutor’s office said.

Khashoggi, a Washington Post journalist and critic of Saudi Arabia’s de facto ruler, Crown Prince Mohammed bin Salman, was last seen entering the Saudi Consulate in Istanbul on Oct. 2, 2018. Turkish officials believe his body was dismembered and removed. His remains have not been found.

News of the arrest – when it was thought he was indeed the man sought by Turkey – had triggered a wave of reactions, with rights groups and Khashoggi’s fiancee expressing relief that such a high-profile suspect would be judged.

A 2019 U.N. investigation report said Al-Otaibi was a member of a 15-man Saudi team involved in killing Khashoggi after the journalist went to the Saudi Consulate in Istanbul to obtain a document to allow him to marry his fiancee.

Macron considers Saudi Arabia vital to help forge a region-wide peace deal with Iran, as well as an ally in the fight against Islamist militants from the Middle East to West Africa, and a rampart against the Muslim Brotherhood.