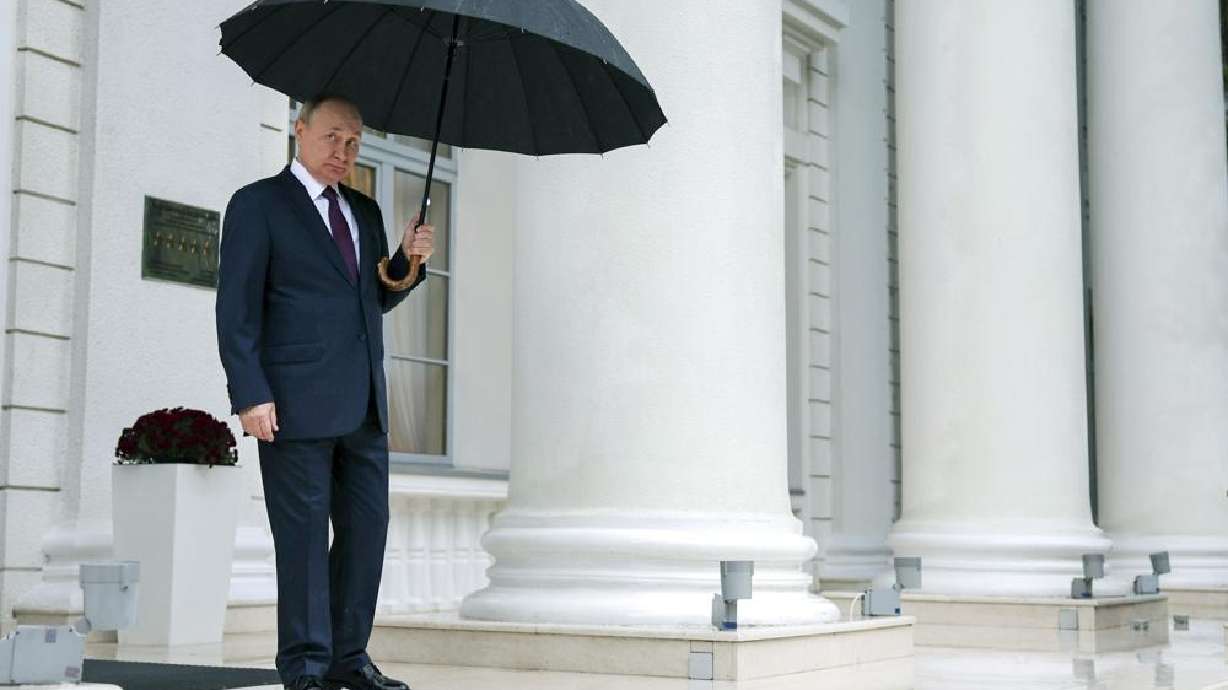 Russian President Vladimir Putin waits for an envoy at the Bocharov Ruchei residence in Sochi, Russia on Monday. Putin has signed a law to conscript citizens with unexpunged or outstanding convictions of serious crimes to be called up for military service to mobilize. (Sergei Bobylev, Sputnik, Kremlin Pool via AP)

MOSCOW — Russian President Vladimir Putin has signed a law to conscript citizens with unexpunged or outstanding convictions for murder, robbery, larceny, drug trafficking and other serious crimes under the Criminal Code of the Russian Federation to be called up for military service to mobilize.

This makes it possible to mobilize hundreds of thousands of people who have been sentenced to probation or have recently been released from colonies who were previously forbidden to serve.

The only group of criminals exempted from the decree are those who committed sex crimes against minors, treason, spying or terrorism. Also excluded are those convicted of the attempted assassination of a government official, hijacking an aircraft, extremist activity and illegal handling of nuclear materials and radioactive substances.

President Vladmir Putin said Friday that the Kremlin had already mobilized an additional 18,000 soldiers above its goal of 300,000 to fight in its war in Ukraine from the general male population of Russia.

Earlier this week, the Russian Ministry of Defense announced that all partial mobilization activities, including summons deliveries, had been suspended after officials said the draft’s target of recruiting 300,000 personnel had been met.

However, Putin’s partial mobilization order will only end when the Russian president signs in an official decree. Until then, he reserves the right to recruit more people into military conscription in the future.

The head of Russia’s notorious Wagner forces, Yevgeny Prigozhin, has apparently summoned prisoners from Russian jails to join the mercenary group in fighting the Kremlin’s war in Ukraine.

The amendments signed by Putin are unrelated to these alleged recruitments. Instead, the law applies to prisoners who were conditionally convicted or released from colonies. These people usually must remain under the supervision of the authorities for eight to 10 years until the conviction is canceled.

They are not allowed to leave their place of residence and must comply with various restrictions.