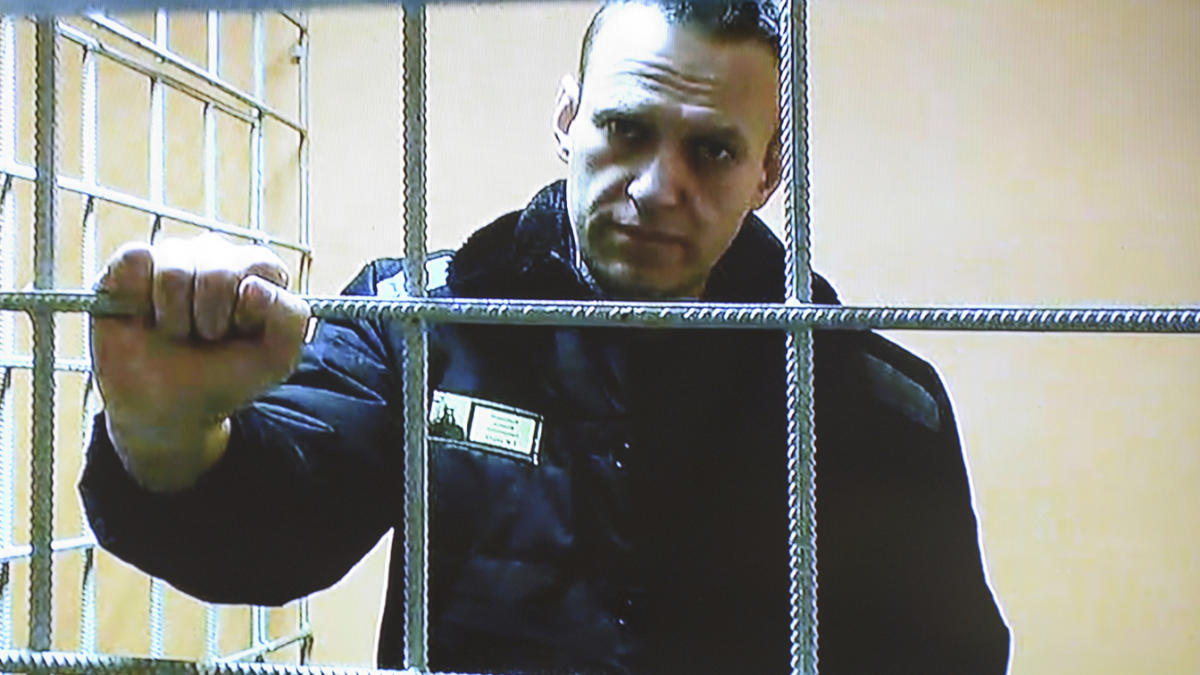 He may be one of Russian President Vladimir Putin’s toughest critics and the leader of a political resistance movement that presented the Kremlin with its first genuine threat in decades, but locked away in solitary confinement in a remote penal colony, dissident Alexei Navalny simply craves a pair of winter boots.

“It’s been weeks since the whole colony switched to winter clothes, and my evil prison guards are brazenly not giving me my winter boots,” Navalny wrote Monday on Twitter, explaining that the lack of winter clothes was intended to deepen his punishment.

“My exercise yard is an ice-covered concrete well smaller than my cell. See if you can walk in it in fall boots. But you have to walk. It’s the only 1.5 hours of fresh air you can get,” he wrote, describing the difficulty of obtaining proper medical care, should he fall ill, and the overall lack of adequate sustenance.

“The prison administration is torturing and killing Alexei Navalny on the orders of Kremlin,” Anna Veduta, a vice president at Navalny’s Anti-Corruption Foundation, told Yahoo News. “They kill him slowly, making his life less and less bearable. His client-attorney privilege is waived, he’s in solitary confinement forever now, he’s deprived of family visits and now they are trying to freeze him to death.”

News of Navalny’s latest struggle comes as U.S. authorities continue to look for ways to secure the release of Brittney Griner, an American professional basketball player who was arrested at a Russian airport earlier this year after cannabis cartridges were found in her luggage. Griner was shipped to a penal colony earlier this month.

Conditions in such colonies can often resemble those of a Soviet-era gulag more than that of a Western institution. “They are crushing the prisoner as an individual and calling it the betterment of a person. That is the main aim,” a former Russian prison official told Reuters recently.

Navalny returned to Russia in early 2021 after a sojourn in Germany, where he recuperated from an attempt by the Kremlin to poison him the previous August. As expected, the Russian authorities arrested him as soon as his airplane touched down in Moscow, effectively turning him into a living martyr.

His position became even more poignant after Russia invaded Ukraine, turning the 46-year-old father of two into a lonely voice of opposition. Merely referring to what the Kremlin insists is a “special operation” as a war is now considered a crime. One of the war’s few other prominent critics, Vladimir Kara-Murza, is also behind bars. Most others have gone quiet or fled to the West, making Navalny’s decision to return to Russia — where he knew he would face punishment and perhaps death — all the more courageous.

“They are afraid of you,” Navalny said in the midst of court proceedings last year. He was eventually sentenced to two-and-a-half years on fraud charges that Western observers universally regarded as illegitimate. He then faced new charges earlier this year, which added nine years to his prison sentence.

Navalny began serving his term at IK-2, a penal colony relatively close to Moscow, allowing for regular visits from his attorneys. But in June he was moved to the much more remote — and brutal — IK-6. Since then, he has been subject to frequent periods of isolation culminating, last week, in what he described was a potentially permanent move to an isolation cell.

Dissent is effectively forbidden in Russia, and Putin’s opponents have been shot, defenestrated or killed in prison. So far, Navalny’s international reputation appears to have kept him alive, but it is not clear how much longer he can hold out, especially with Russia’s notoriously harsh winter already under way. Temperatures in Melekhovo, where IK-6 is located, are expected to reach a high of 30 degrees Fahrenheit on Tuesday.

Russian authorities were subjecting Navalny to psychological torture, said European Union spokesman for external affairs Peter Stano. He called on prison officials to “stop these unjustified measures. They are accountable for his life and health.”

Navalny continues to tweet through his representatives in the West, detailing the increasingly inhumane conditions to which he is subject in long threads often infected with a gallows humor — a favorite Russian coping strategy during the long, grim decades of Soviet privation.

“If you’re alive and well and out there, you’re doing fine,” he wrote the final message of his thread about the lack of proper footwear. “Finish your pumpkin latte and go do something to bring Russia closer to freedom.”