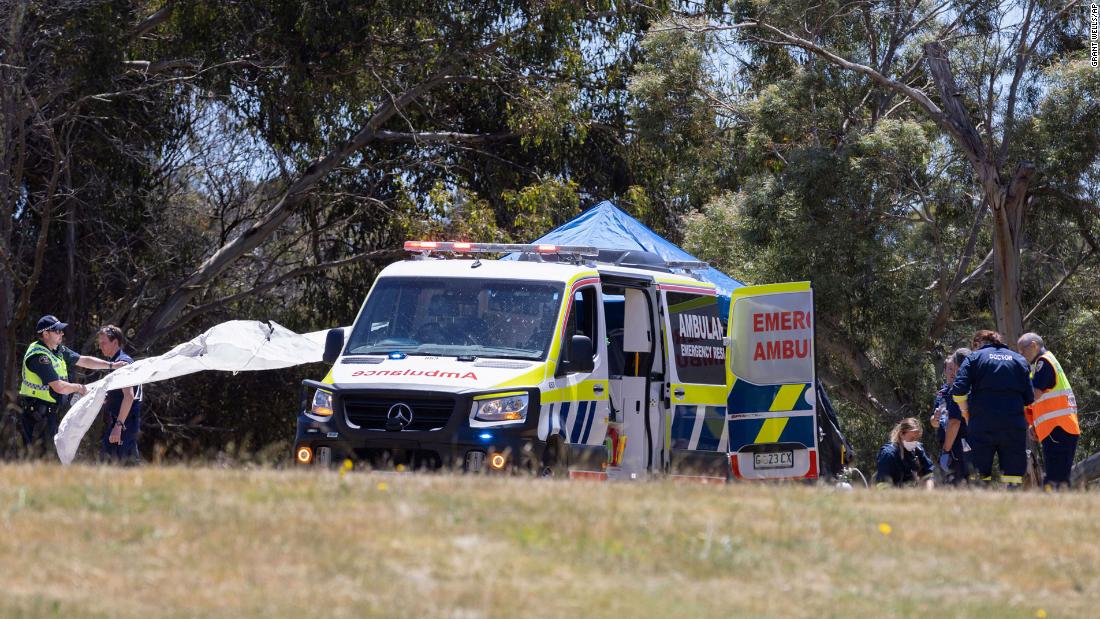 Children at Hillcrest Primary School in Devonport, on the north coast of Tasmania, were celebrating the end of the school year when the tragedy occurred.

“Nine grade 5/6 Hillcrest Primary School students fell from a height of around 10 meters after a significant local wind event caused a jumping castle and several inflatable “zorb” balls to lift into the air about 10 am.,” Tasmanian Police said in a statement.

The five children include two girls and two boys — the gender of a fifth child who died later in hospital is not known. Four other children remain in the hospital with serious injuries. Typically children in grade 6 are between 10 and 12 years old.

“On a day where these children were meant to be celebrating their last day at primary school, instead we are all mourning their loss,” Commissioner Darren Hine said during a press conference Thursday afternoon.

“Our hearts are breaking for the families and loved ones, school mates and teachers of those children taken too soon,” he said.

Emergency services, including helicopters, were dispatched to the school to treat the injured and transport some to hospital.

“This is a very tragic event and our thoughts are with the families and the wider school community, and also our first responders,” Police Commander Debbie Williams told reporters at the school on Thursday.

“There is no doubt that this has been a very confronting and distressing scene. Counseling is being made available to the families affected by this in the school community along with the first responders,” she said.

Hillcrest Primary School urged parents to collect their children from the school as it closed early for the day.

The bouncy castle was one of a number of treats organized for students as part of the “Big Day In,” according to the school’s Facebook page. Other activities included a Water Play Zone and Zorb balls.

Police have asked people to avoid the area.

“I’m certain that I speak for all Tasmanians in extending my deepest sympathies to the family, friends and loved ones of everyone affected by today’s tragedy,” Tasmanian Premier Peter Gutwein said.

“On a day when schoolchildren are celebrating the end of term so close to Christmas, it’s simply inconceivable that this shocking incident has occurred.”