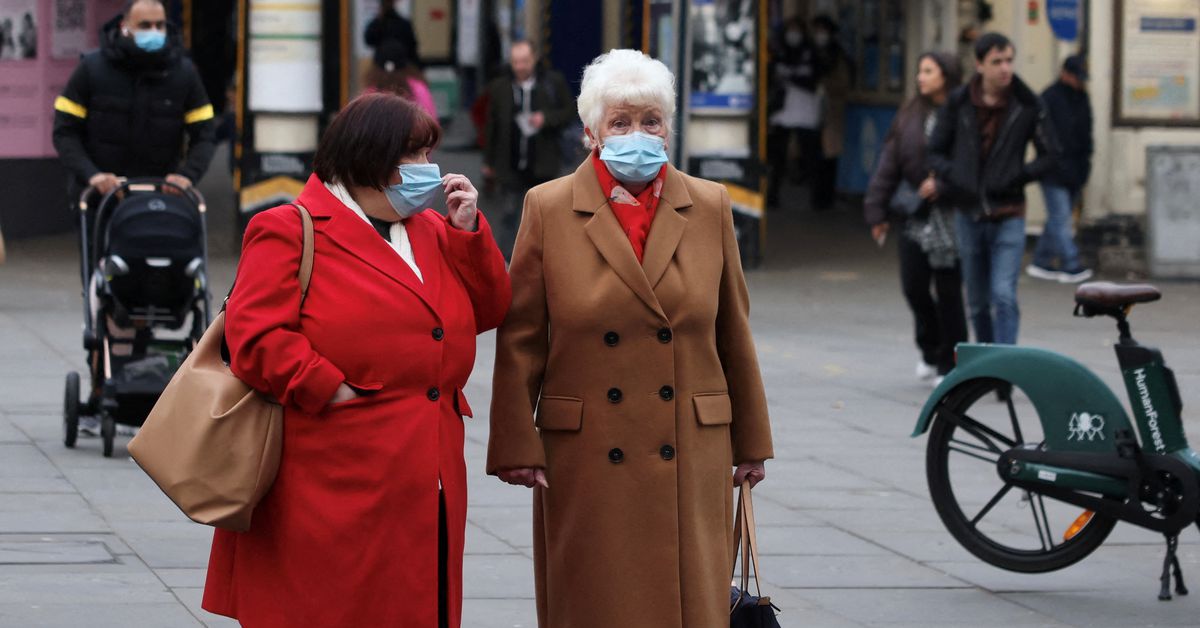 LONDON, Dec 22 (Reuters) – The British government said that from Wednesday it was reducing the COVID-19 self-isolation period to seven days from 10 days for people in England who get a negative result on a lateral flow test two days in a row.

With the Omicron variant spreading rapidly in Britain and record levels of cases over the past week many, industries are struggling with staff shortages, including hospitals which have warned of the risk of an impact on patient safety.

“We want to reduce the disruption from COVID-19 to people’s everyday lives,” health secretary Sajid Javid said in a statement.

Rapid lateral flow tests, which are provided free by Britain’s National Health Service, can be self-administered by people at home and give a result in 15 to 30 minutes.

Those who receive a negative lateral flow result on day six and day seven of their self-isolation period, with tests taken 24 hours apart, will no longer have to isolate for 10 days, the government said.

The UKHSA said it “strongly advised” those who leave their self-isolation after seven days to limit contact with others in crowded or poorly ventilated spaces, work from home and minimise contact with those most vulnerable to COVID-19.

“The new approach reflects latest evidence on how long cases transmit the virus for, and supports essential public services and supply chains over the winter, while still limiting the spread of the virus,” the UKHSA said.

There are currently 129 people in hospital with the Omicron variant and so far 14 people have died with it, according to UK government data.

British Prime Minister Boris Johnson said on Tuesday he would not be introducing new COVID-19 restrictions in England before Christmas, but the situation remained extremely difficult and the government might need to act afterwards. read more

Further restrictions will depend on the data received.

“As the prime minister said, the decision is finely balanced. The whole government is looking at all the data on a daily basis and we keep that very carefully under review,” said Javid.

“If new restrictions are required, should the data show that they are required then, of course we won’t hesitate to act.”

The UKHSA is expected to publish more data on Omicron before Christmas.